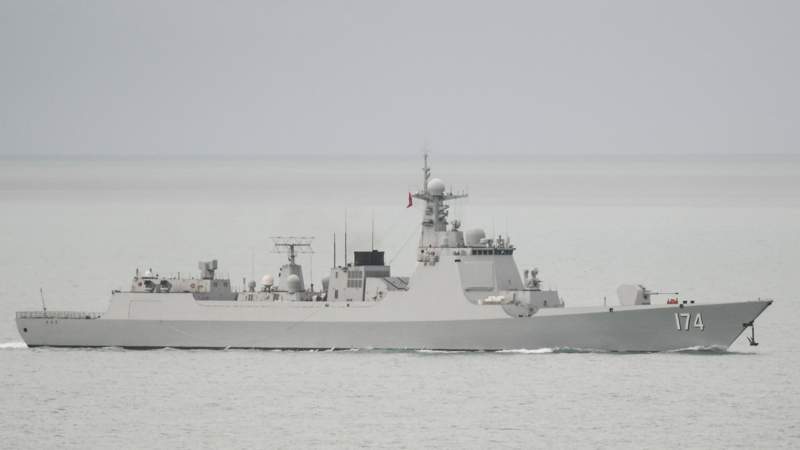 The Australian defence ministry has accused a Chinese navy ship of shining a “military grade” laser towards one of its warplanes.

The Chinese vessel was sailing in the Arafura Sea off northern Australia when the incident happened on Thursday.

“Acts like this have the potential to endanger lives. We strongly condemn unprofessional and unsafe military conduct,” the ministry said.

Relations between the two countries have been strained in recent years over a number of disputes.

Australian media have reported similar laser incidents in the past, which intelligence officials have blamed on small Chinese vessels.

A statement from the Australian department of defence said the plane targeted was a Boeing P-8A Poseidon – a marine patrol aircraft equipped with weapons systems and sensors for detecting submarines.

It said the ship was one of two Chinese Navy vessels sailing east in the Arafura Sea before passing through the Torres Strait between Australia and Papua New Guinea, and into the Coral Sea.

“These actions could have endangered the safety and lives of the Australian Defence Force personnel,” the ministry said. “Such actions are not in keeping with the standards we expect of professional militaries.”

China is Australia’s biggest trading partner, and in the past, the two have maintained good relations. But in recent years that has broken down.

Australia has accused Beijing of interfering in its domestic politics, banned Chinese telecom giant Huawei from building Australian tech infrastructure and called for an investigation into the origins of Covid-19, first detected in the Chinese city of Wuhan.

Beijing in turn cautioned students and tourists against going to Australia, citing racist incidents in light of the pandemic.

In September, China said a new security alliance between Australia, the UK and the US risked “severely damaging regional peace… and intensifying the arms race”.

The Chinese state-run Global Times newspaper said at the time Australia had “turned itself into an adversary of China”.