Sydney renters have expressed confusion and outrage over a real estate agent’s lengthy list of “what to expect” during a routine rental inspection.

The list featured 32 directions on the expected state of the home at the time of the viewing. It included requests like: “Flyscreens to be removed carefully and hosed or brushed to remove dirt/dust (if applicable),” “oven and griller is to be cleaned,” and a “strong recommendation for any soiled carpets to be professionally cleaned”.

Taking to Reddit, the renter who had received the list said they thought it was “completely excessive and unreasonable,” and asked commenters to share their opinion. 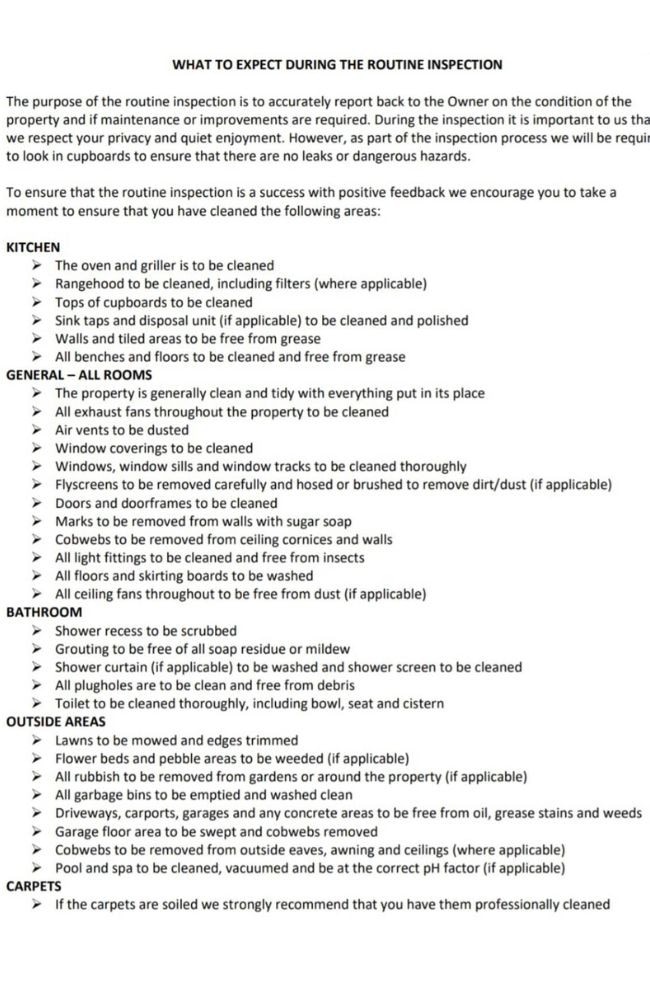 Some said the list looked more like an “end-of-lease cleaning checklist” which renters are expected to complete in order to receive their bond after they vacate a property.

“I hadn’t read [the original poster’s] title correctly, so thought like is was a standard end-of-lease list. I had to re-read to understand the problem,” read one comment.

The overwhelming consensus in the comments agreed that the list was unreasonable, however not surprising.

“Regular inspections are to make sure the tenant hasn’t turned the place into a drug den or there’s been no significant unreported damage done to the property. They are not to test your cleaning routine nor your level of tidiness,” said one user.

“All my REAs have used a very similar list for quarterly inspections. Not saying they should, but seeing this doesn’t surprise me,” wrote another.

“When our real estate was bought out they sent a copy of a cleaning checklist almost identical to this for their first inspection. I’m not cleaning the window tracks for you to come and take a five-minute snoop in my home,” read another comment. 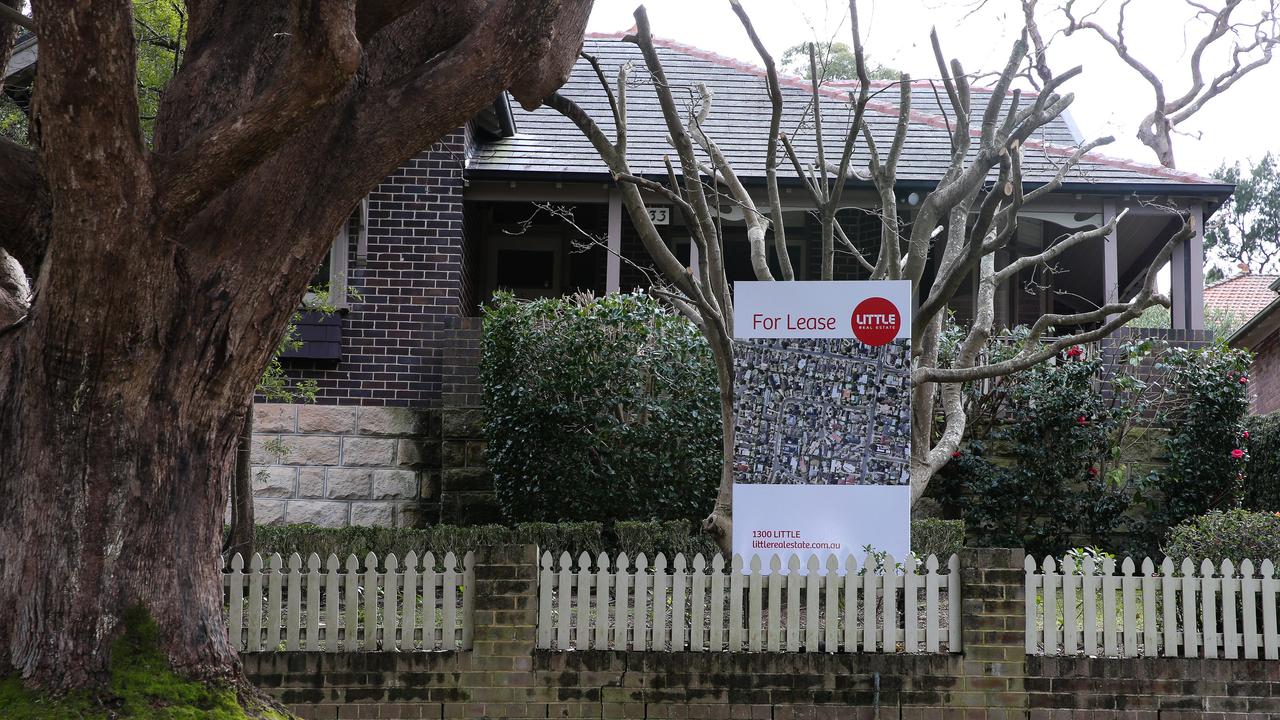 This also prompted responses from other Reddit users who said that despite the strict cleaning guidelines, most tenants move into Sydney properties which don’t appear to have been “cleaned in decades”.

“This list is used to take people’s bond. I’ve complained about the state of some places I’ve moved into, and the agent just sends me a scan of the ‘professional’ cleaning bill from before I moved in,” one user wrote, with many people agreeing.

“Because not enough people know that the actual end-of-lease obligation is that the place be left ‘reasonably clean’, not spotless. And that’s why places aren’t spotless when we move in,” another user responded. 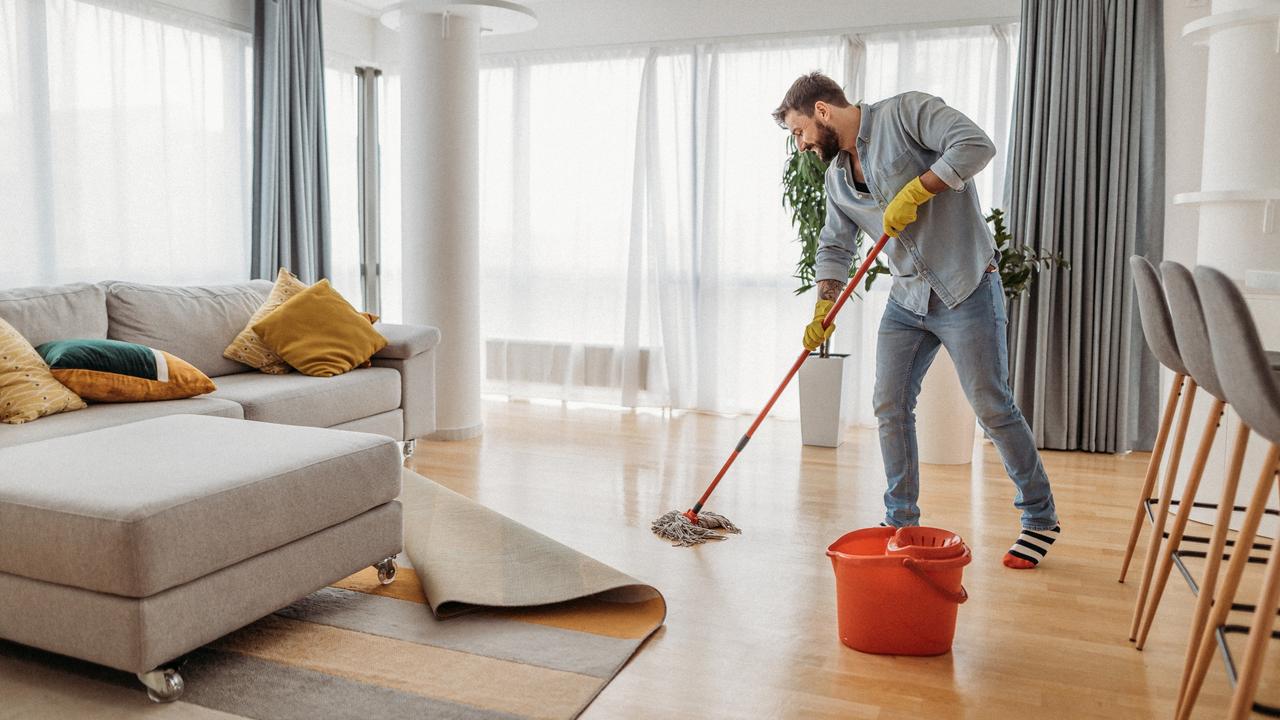 The list also asked tenants to ensure the air vents were dusted, and call for the oven and grill to be cleaned. Picture: iStock

According to the Tenants Union of NSW, tenants are obligated to keep the premises “reasonably” clean and to disclose any damage or disrepair to the landlord or agent “as soon as possible”.

While tenants are expected to leave the premises in as “near as possible to the condition they were in at the start of the tenancy,” this accounts for “fair wear and tear”.