Aussies have been dumbfounded by a bizarre Airbnb listing which was advertised for over $4,000 a night, despite being filthy, run-down and cluttered with dirty dishes and crusty towels.

The listing in the coastal North Sydney suburb of Warriewood was advertised as a lovely, spacious 1970s house with sweeping ocean views.

They painted a picture of a run-down home, which appeared to have not been cleaned for years.

Many of the property’s amenities appeared unusable. Picture: Airbnb

There was a stair climber chair and other senior aides in the hallway and loungeroom, pots and pans stacked high in the sink and random belongings — including sauce bottles and other food — strewn around.

According to the description, it could hold 16+ guests, but had just four beds.

Even modern, clean houses in the area were listed on Airbnb for an average of $270 a night — meaning guests would have to stay there for 15 nights to match the price of just one night in the $14k house. 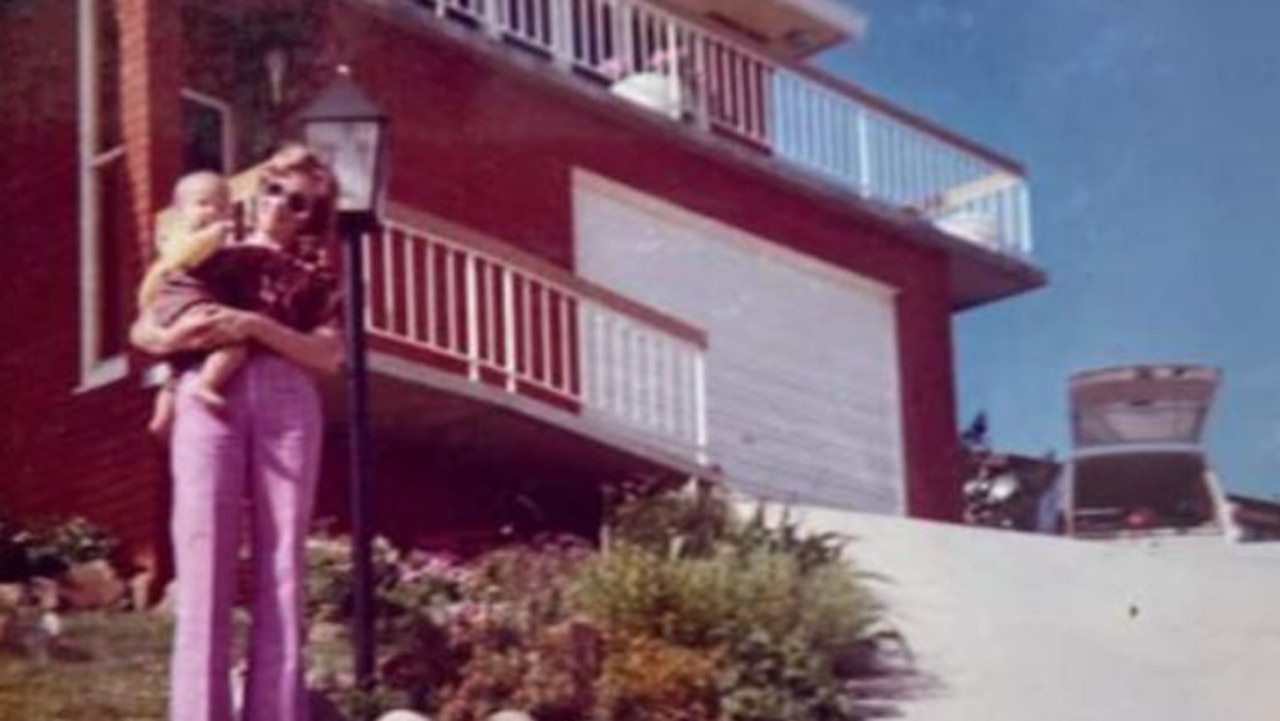 The house was build in the 1970s, the description read. Picture: Airbnb

In the description, the host explained the house was full of contents because she technically still lived there, but she said she was barely ever around.

However, many people on social media doubted that was the case. 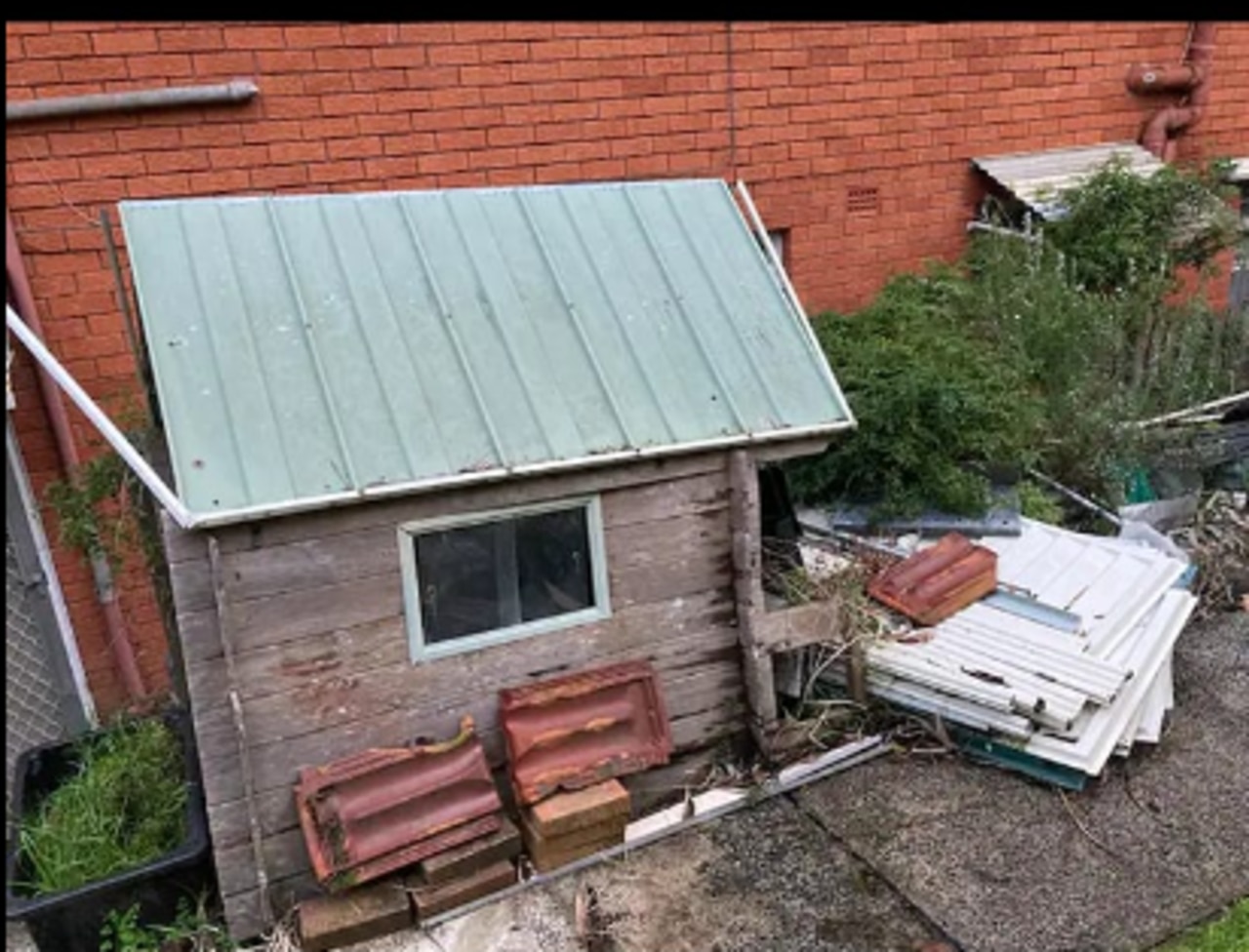 Many people commented it looked like an elderly person’s home. Picture: Airbnb

One person wrote: “I found it very sad. It’s clearly the home of an elderly, frail person … the pitiful efforts to make it look ready for guests (shabby, much-used towels folded on bed, etc) just underline how un-Airbnb-like it is.”

Another person wrote: “that house and all its clutter gives me anxiety”.

Some people took it upon themselves to reach out to the host, who appeared to be a young woman, according to her Airbnb profile photo. 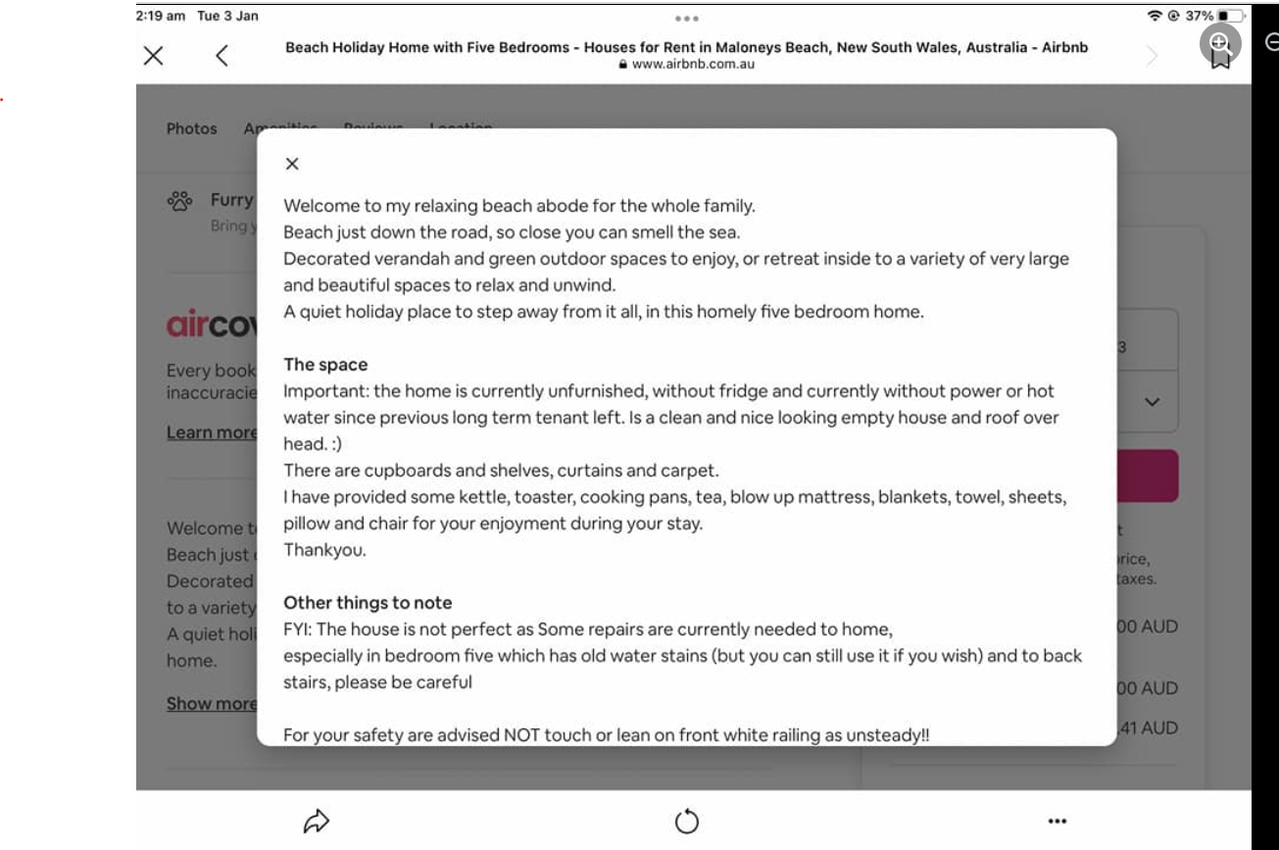 A second listing from the host explained the house was without power or hot water. Picture: Airbnb

Guest: “I’m reaching out to let you know that your listing is being joked about online … from the cluttered, dirty rooms to the price per night.

“I’m wishing you well in the new year & genuinely hope this is a joke or not really intended for guests, maybe for tax purposes?”

Host “Oh dear. It’s not a joke. Are you interested?”

Guest: “I’m not interested in staying. If you need support, though, please don’t hesitate to reach out.” 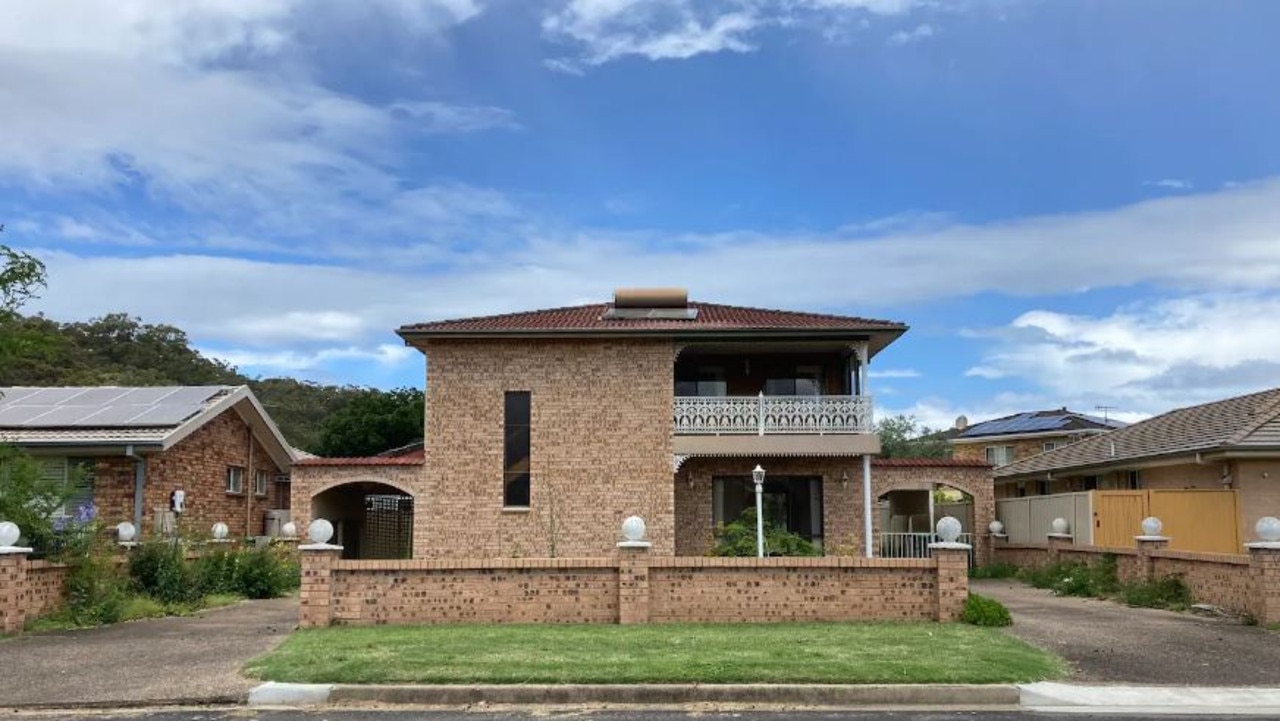 About 11 hours after the advert for the home was posted to the Facebook group, the Airbnb listing was deleted.

But the same host appeared to be behind an equally confusing listing, which was still current as of Tuesday afternoon.

That home in the suburb of Maloneys Beach, in NSW’s Batemans Bay, was described as a “relaxing beach abode for the whole family”.

But further down the description, there were serious red flags. 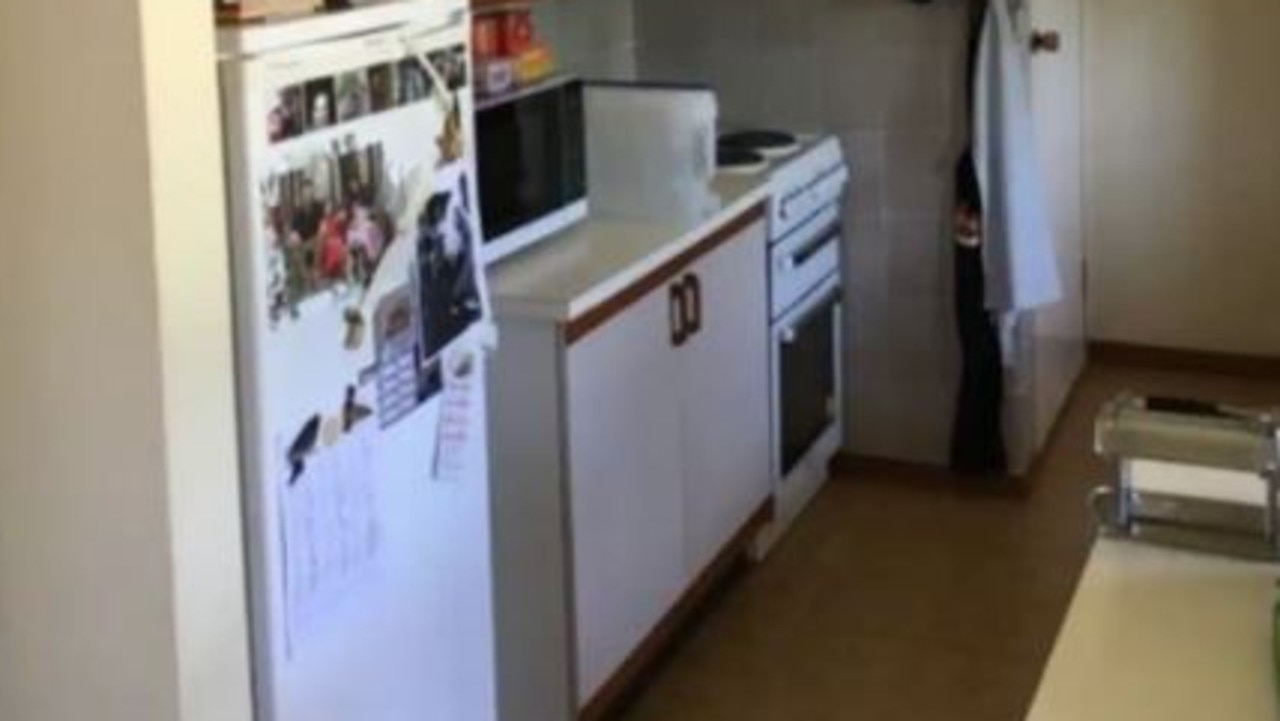 The host said there was no fridge in the Maloneys Beach listing, but the photos suggested otherwise. Picture: Airbnb

It read: “Important: the home is currently unfurnished, without fridge and currently without power or hot water since previous long term tenant left. Is a clean and nice looking empty house and roof over head”.

It went on to explain bedroom five has “old water stains” and warned guests to touch the “unsteady” front railing.

‘No bookings at all’: Airbnb hosts panic‘Significant’ pain coming for Airbnb owners

That listing was advertised for $1,386 a night and apparently housed 16+ guests despite having two beds.

The host of the two listings and Airbnb have been contacted for comment.