A fisherman cast his line out in Sydney Harbour on Sunday, hoping for a catch.

Unlike most fisherman in the area, James Murray came prepared for what he was about to reel in — a massive, three-metre bull shark.

The Sydneysider caught the monster at Birchgrove in Sydney’s inner-west.

His partner Nikita Gore filmed the 25-minute struggle, as Mr Murray reeled in the shark, wrestled it, and set it free. 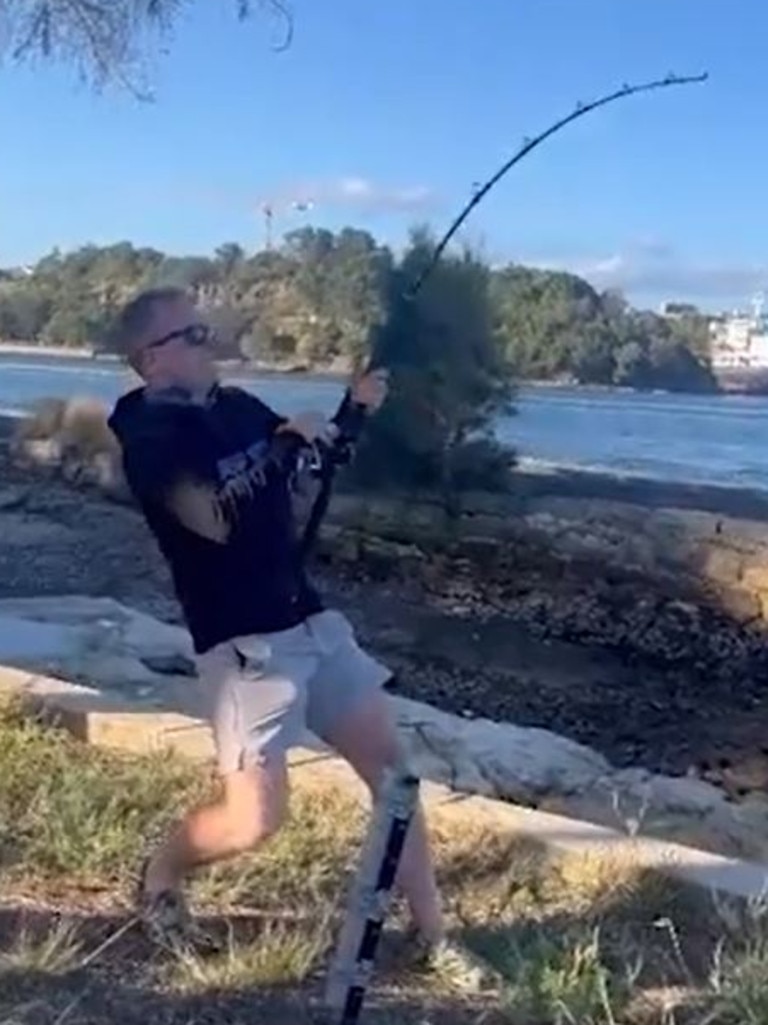 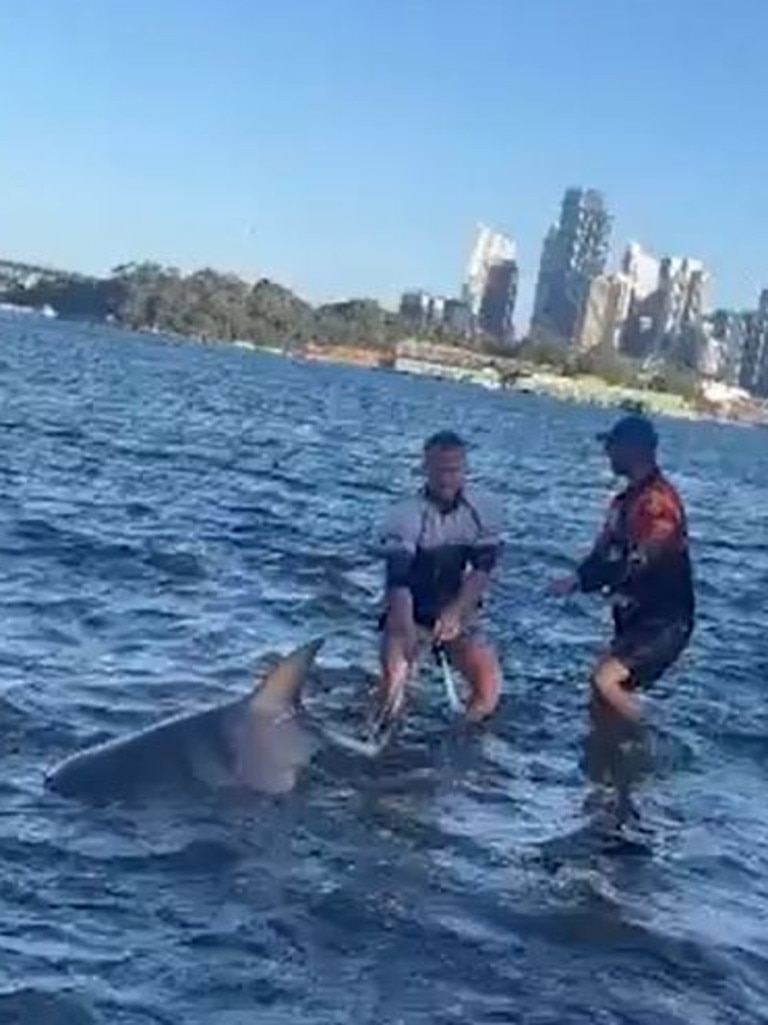 Mr Murray and a mate wrestled and tagged it, before setting the shark free. Picture: Channel 9.

In the clip, which was shared with Nine News, Mr Murray can be seen wrangling the bull shark, his rod bending under the pressure. After a battle getting it to shore, Mr Murray and a friend carefully dragged it back to deep water, where it was able to swim away as onlookers cheered.

The escapade, though, was all for a good cause. Mr Murray and his mate tagged the shark before they set it free.

The NSW Department of Primary Industries tagging program, which armed Mr Murray with the tag, is the largest in the world.

It allows anglers to tag and release their catches, helping the government to track the movement, growth and exploitation of game fish.

Anglers are sent updates about the whereabouts of the fish they’ve tagged, and surfers can keep an eye on sharks in the area via an app. 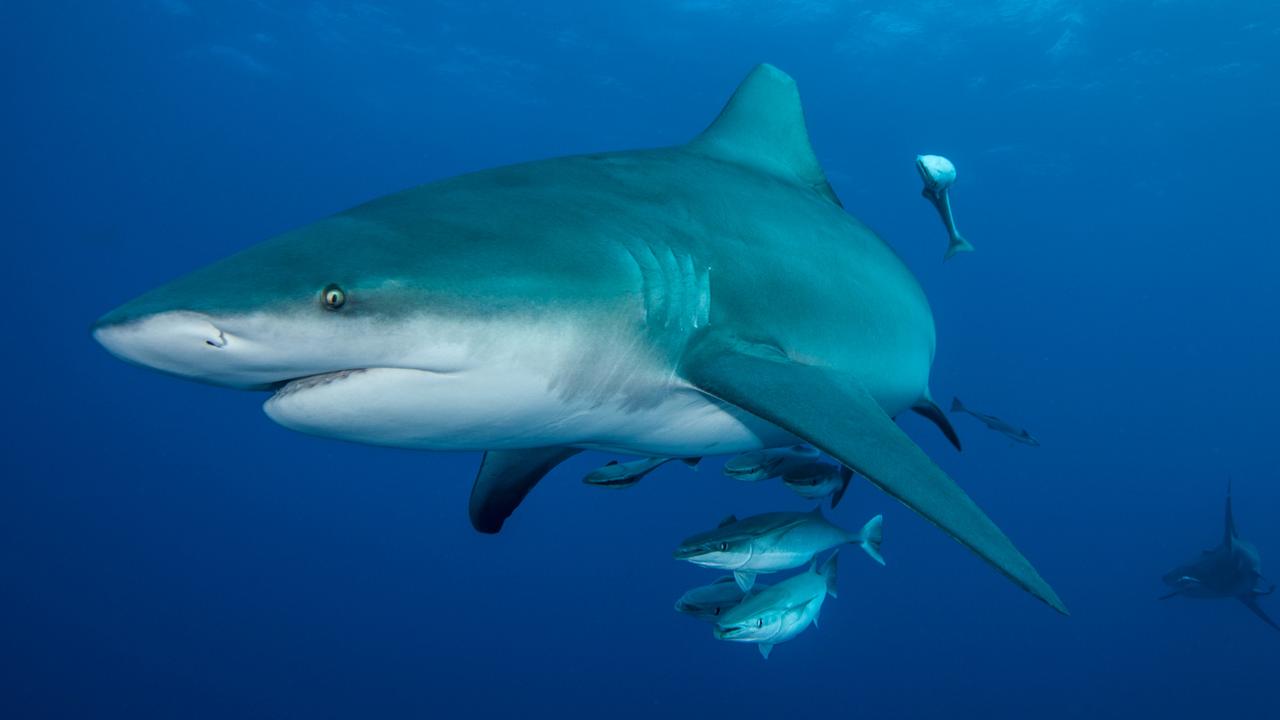 Bull sharks are one of the few shark species considered dangerous to humans. Picture: Ryan Daly.

“We now know they (bull sharks) are there in Sydney Harbour,” Ms Gore told the publication.

“We will keep trying to tag and release these beautiful fish. It is just amazing to see a shark up so close. It was a good day yesterday.”

Bull sharks are one of the few shark species that are considered dangerous to humans.

They – alongside tiger sharks and great whites – are among the three “target shark” species responsible for almost every shark bite in the country.