An Aussie company has unexpectedly found itself at the centre of international conflicts, as its cutting-edge weapons have been used to down drones around the world — from the Brazilian election to the Ukraine war.

In stunning images of the attack, presidential bodyguards can be seen using enormous, unusual rifles which jammed the drones and took them down.

It was DroneShield’s most public deployment to date. But the Aussie company, which was only founded nine years ago, has picked up a slew of big government contracts as it establishes itself as one of the only effective ways to take down an enemy drone. 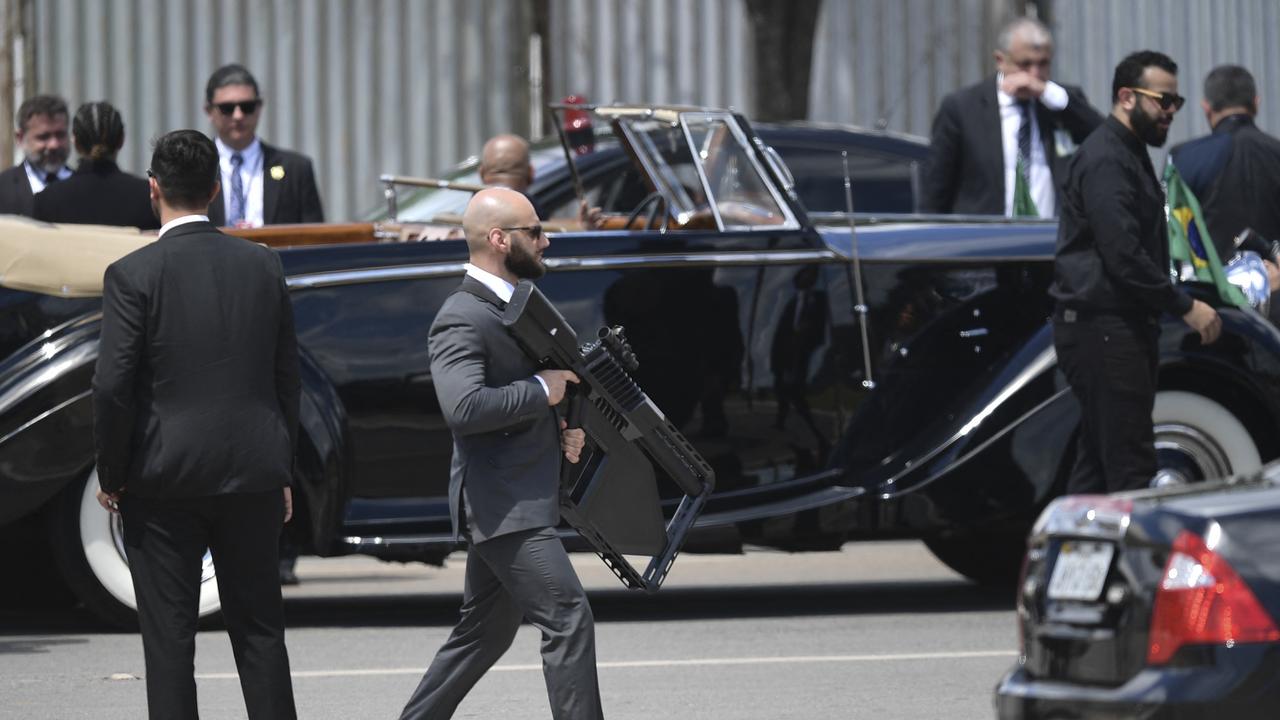 Drones being used in military action has most recently come to public attention in the Russian invasion of Ukraine.

Both Russia and Ukraine have used drones in ways rarely seen before – directing artillery strikes, delivering grenades behind enemy lines, and using them as kamikaze missiles – as they stake their place in modern warfare.

In February 2022, when Russia first sent troops across the Ukraine border, DroneShield saw its largest spike in orders.

“We had this vision when we started that drone technology, along with all of the positive applications, was going to have a nefarious or dark side to it,” DroneShield CEO Oleg Vornick told the ABC.

In the first month of the conflict, the company signed on to supply the Ukrainian side with powerful anti-drone guns, as Russia used waves of explosive drones to destabilise the Ukraine power grid, and damage buildings and infrastructure.

From nets to sophisticated weapons

Small, fast-moving drones are difficult to shoot down with traditional weapons.

In a bid to disable the new weaponised machines, militaries have tried everything from nets to trained birds of prey to take them down.

DroneShield uses a sophisticated technique known as the jamming method.

Huge DroneShield guns, when fired, send a burst of radio frequency signal that overwhelms the drone, forcing it either to land itself or to return to its controller.

As with other military technologies, DroneShield’s weapon could kick off a technological arms race, as drone manufacturers compete to build new models that are more resilient to the interference.

From children’s toys to deadly weapons

Saving presidents from attempted assassinations or bringing down Russian weapons never factored into the thinking when founders Brian Hearing and John Franklin founded DroneShield in 2014.

At the time, they saw their main customers as hotels and celebrities attempting to evade paparazzi.

They partnered to crowdfund about $US50,000 ($A72,000) to develop a system to detect drones acoustically before, two years later, launching their first drone gun.

In the years since then, drones have exploded on the market, transforming from children’s toys and niche tech gadgets into deadly weapons of war.

Now, even cheap quadricopter drones are staples in the worlds of war, espionage, terrorism and drug smuggling. 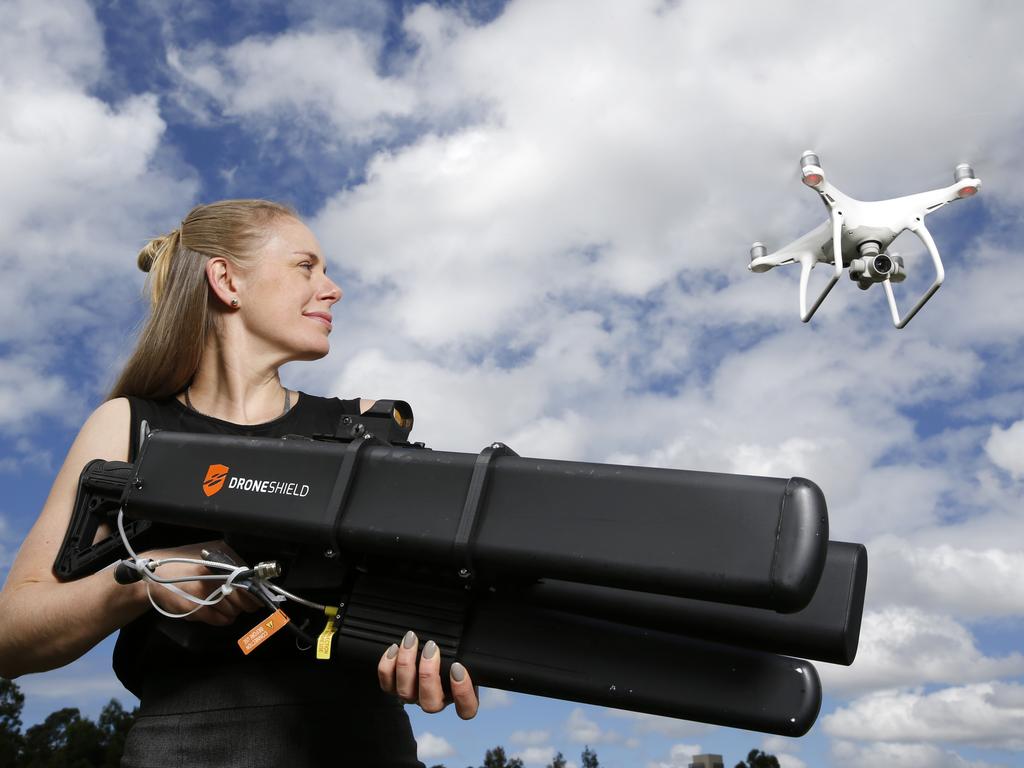 The hefty weapon, pictured here being held by DroneShield CFO Claire Newey, can take down a drone from kilometres away. Picture: DroneShield

In the interest of national security

Some of DroneShield’s largest customers are governments and defence agencies around the world, who buy their technologies to thwart newly launched military drones.

In late 2018, a string of unconfirmed drone sightings over two days shut down the runways of London’s Gatwick Airport, grounding hundreds of flights and causing chaos in the lead-up to Christmas. DroneShield saw a spike of sales in the event’s aftermath, as airports stocked up to protect themselves.

In 2019, Houthi rebels in Saudi Arabia began to use drones to destroy oil-generating assets, transforming the Middle East into one of DroneShield’s largest markets almost overnight. 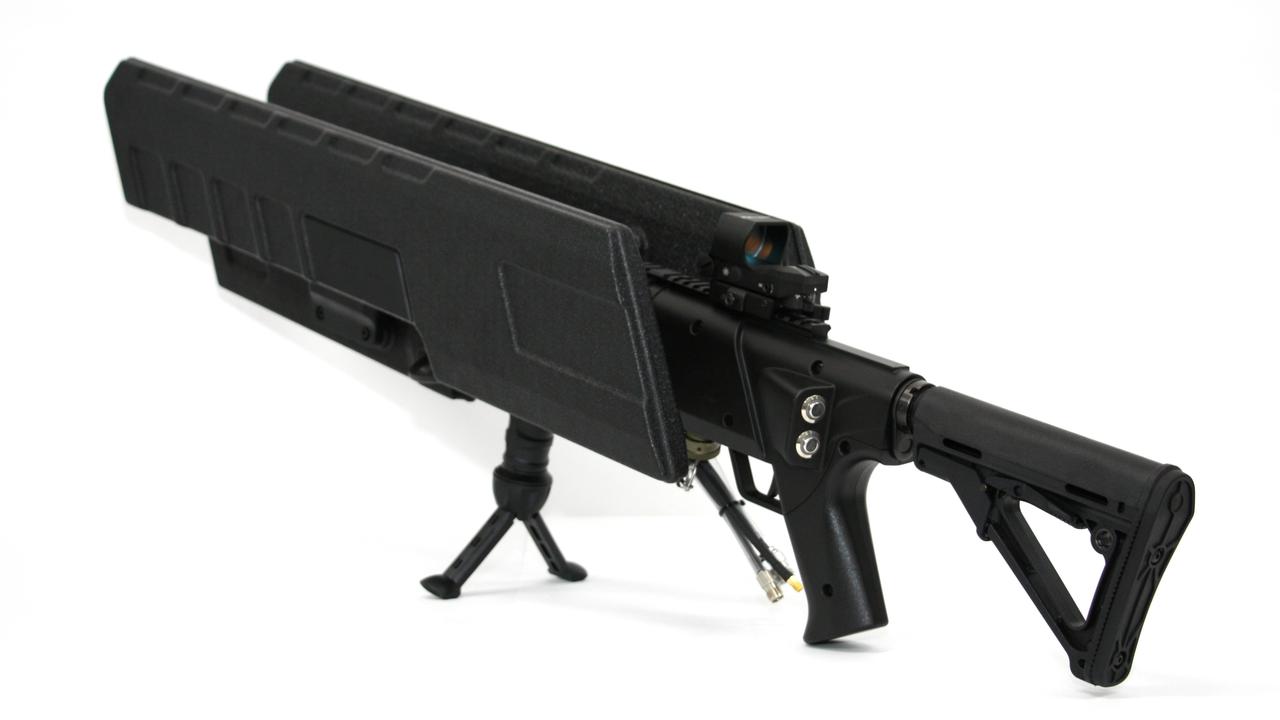 The company is on track for its biggest year ever, after signing two multimillion dollar government contracts. Picture: DroneShield

Prisons, too, were picking up the guns to thwart escape attempts involving drones, while US-Mexico border officials lodged orders to protect against deliveries from drug cartels.

In October last year, the US Department of Defence recommended DroneShield become part of its drone-targeting solutions, bringing the Aussie company closer to lucrative US defence contracts.

Back home, DroneShield has won over $6 million in contracts with the Australian Defence Department since 2019, according to AusTenders. Their technology has also been deployed in at least one major Aussie airport, as part of a broader slew of anti-drone measures.