The revelation that NSW Premier Dominic Perrottet wore a Nazi uniform as fancy dress to his own 21st birthday party demonstrates the need once again to educate our community about the evils of antisemitism, racism more broadly, and other forms of bigotry and intolerance.

To be clear, no one is accusing Perrottet of having acted out of racist motives, and we welcome and give him full credit for his heartfelt apology. However, the fact that a clearly intelligent young man made such an appalling choice, attempting to be seen as entertaining by trivialising what is widely and rightly regarded as the depth of human evil and atrocity, is still highly disappointing. 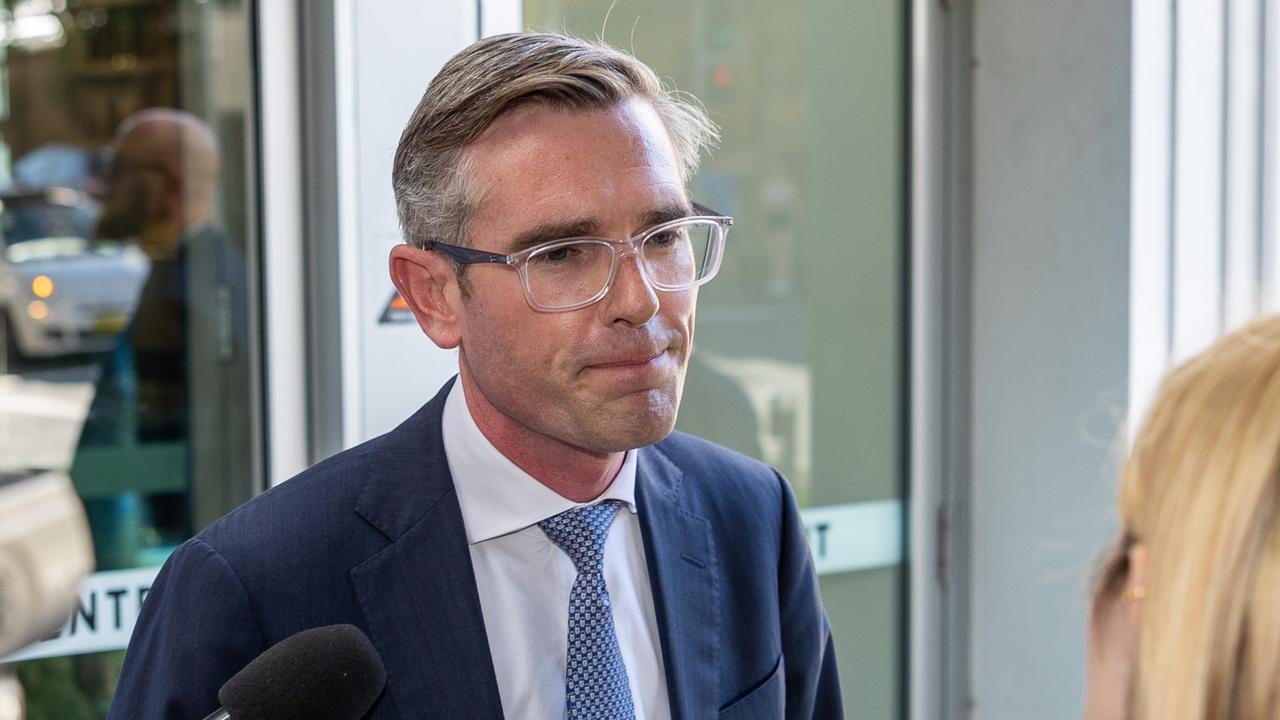 Australia has the largest percentage of Holocaust survivors per capita outside Israel, with around 15,000 survivors settling here between 1945 and 1949 alone. Many other Australian Jews also had family members murdered by the Nazis. And even for those members of Australia’s Jewish community who aren’t survivors or their descendants, many are still haunted by the fact that the government of a Western country committed an industrialised genocide against anyone who was born Jewish. So any episode such as this is incredibly distressing.

It has often been said that all that is needed for evil to triumph is for good people to do nothing. Implying that such evil is either normal or derisory is much worse. And we should be under no illusions that we can be complacent. Sadly, the evil of antisemitism is once again on the rise, and is even becoming part of the mainstream in many circles.

In 2020-2021, there were increased reports of antisemitic incidents by a level of 78 per cent in the UK, in France by 75 per cent, and in the US by 34 per cent, with the percentage of violent attacks against Jews massively out of proportion to the percentage of Jews in the community. 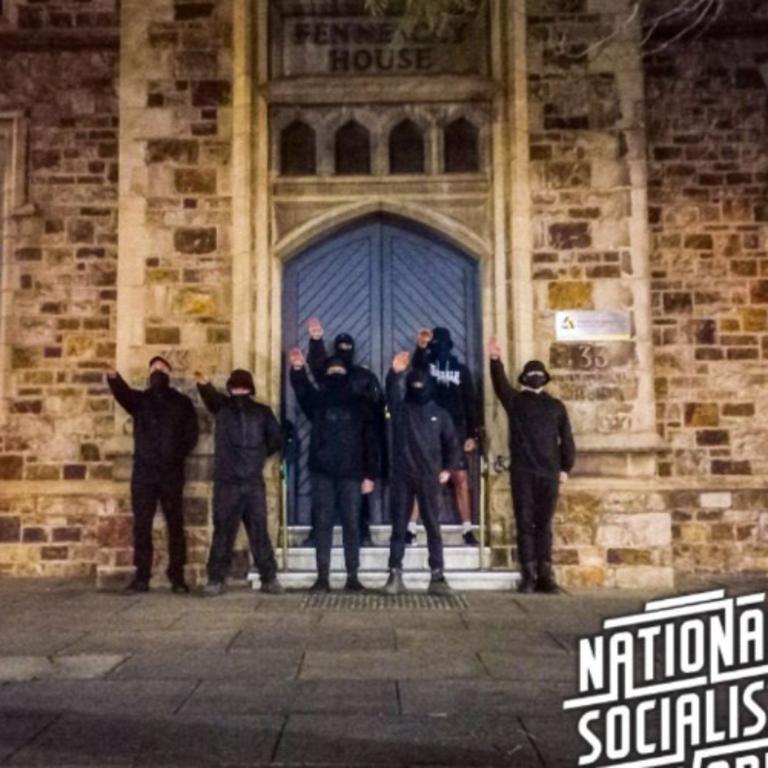 A picture circulated on telegram in 2022 showing group of antisemitic men in front of the Adelaide Holocaust Museum.

Rap superstar Kanye West, or Ye as he is now known, made several virulently antisemitic statements last year that would have been unthinkable not so long ago, while basketball superstar Kyrie Irving used social media to promote an appallingly antisemitic documentary film.

In the UK, the Labour Party is still struggling to put behind it the antisemitism that was allowed to thrive in its ranks under previous leader Jeremy Corbyn. Meanwhile, here in Australia, we have, on the left, university student unions passing antisemitic motions and, on the right, increasingly brazen neo-Nazis letterboxing their vile propaganda into suburban homes and plastering streets with Nazi swastikas as stickers or graffiti. 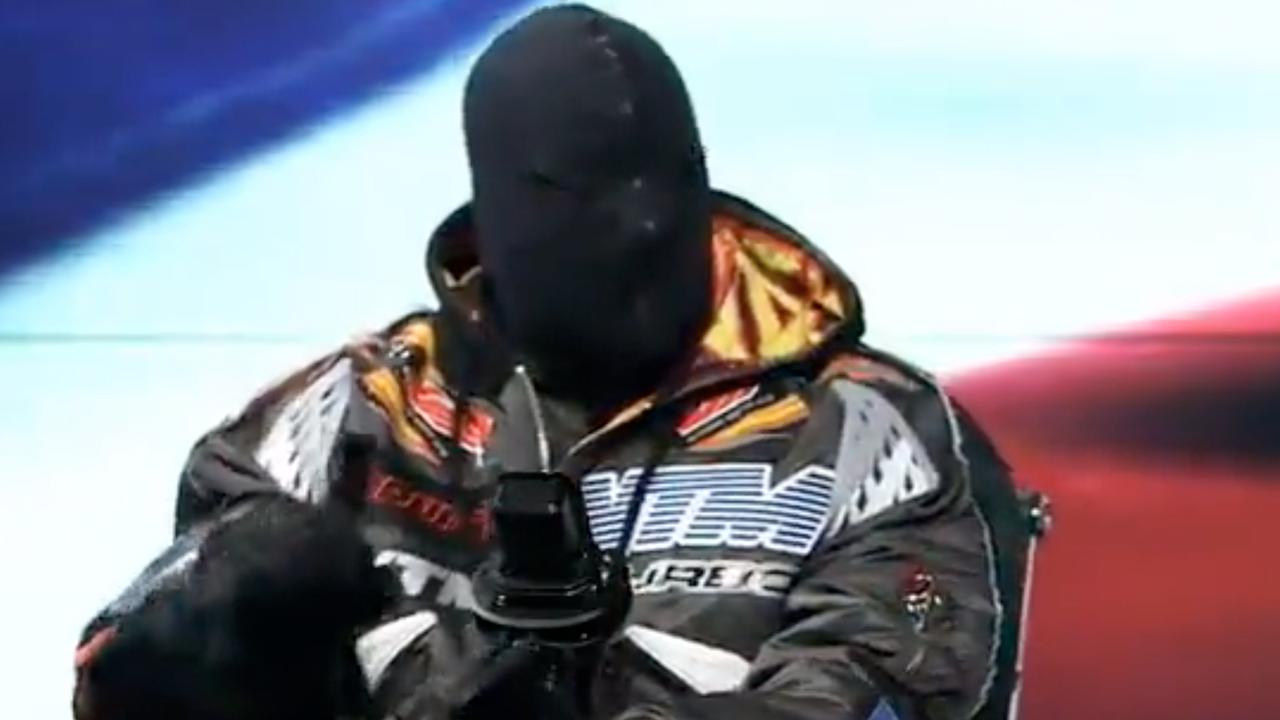 A screenshot of Kanye West, wearing a full black fabric face mask, appearing on the Alex Jones panel show, where he made antisemitic remarks.

In a case currently in the Federal Court in Melbourne, five former students of Brighton Secondary College, in a wealthy seaside suburb, are suing the school and Department of Education for allegedly failing to protect them from years of antisemitic attacks and vilification.

A news story about Jewish footballer Harry Sheezel being drafted by AFL club North Melbourne attracted a slew of antisemitic comments on Facebook – just one example of the way social media has become a cesspool of anti-Jewish hatred, here and internationally. 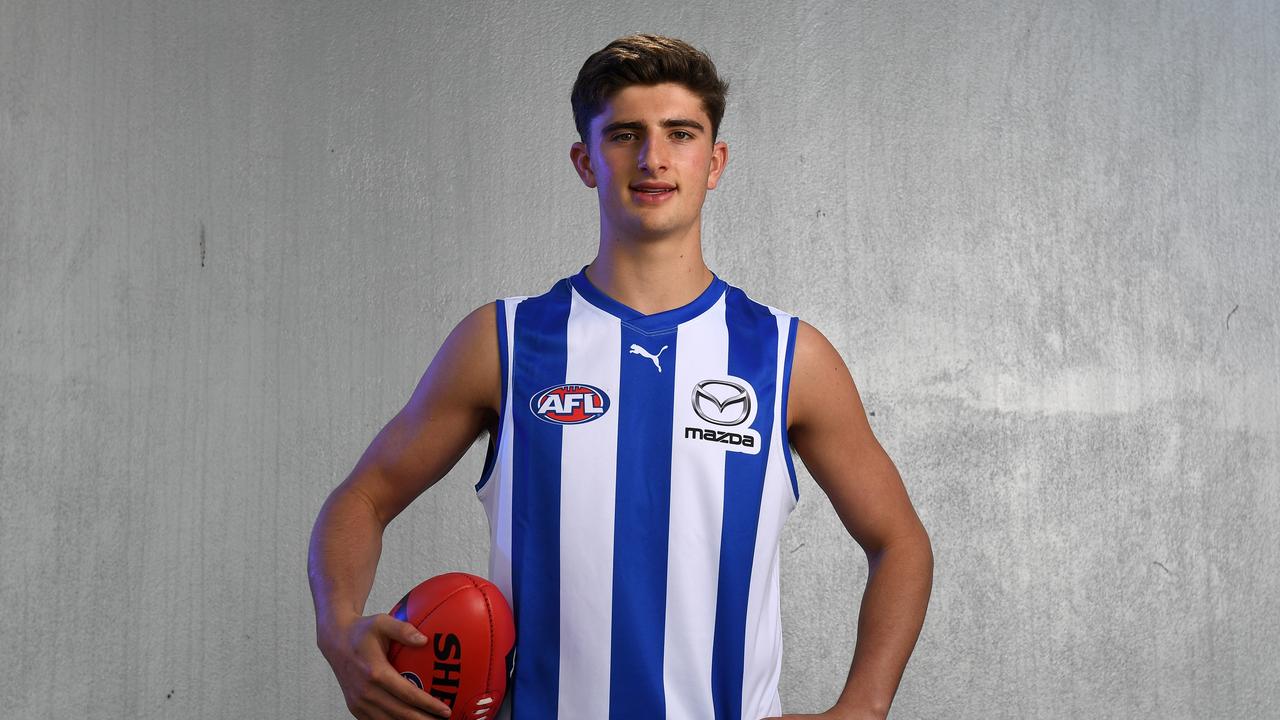 Harry Sheezel of the Kangaroos was a victim of racial taunts online. Picture: Morgan Hancock

On the positive side, governments in Australia are now acting to marginalise and deter those who perpetuate the world’s oldest hatred. The governments of NSW (under Perrottet), Victoria, Queensland and Tasmania have all acted or are acting to ban the public display of Nazi symbols.

Part of solving or at least marginalising a problem is to define it. To that end, the International Holocaust Remembrance Alliance (IHRA), of which Australia is a member, has produced a working definition of antisemitism. The IHRA definition, drafted over many years by an eminent international panel of experts on racism and genocide, gives a basic explanation of antisemitism as “a certain perception of Jews, which may be expressed as hatred toward Jews” and gives a number of examples. It has been adopted as a non-legally binding guideline by most Western democracies. 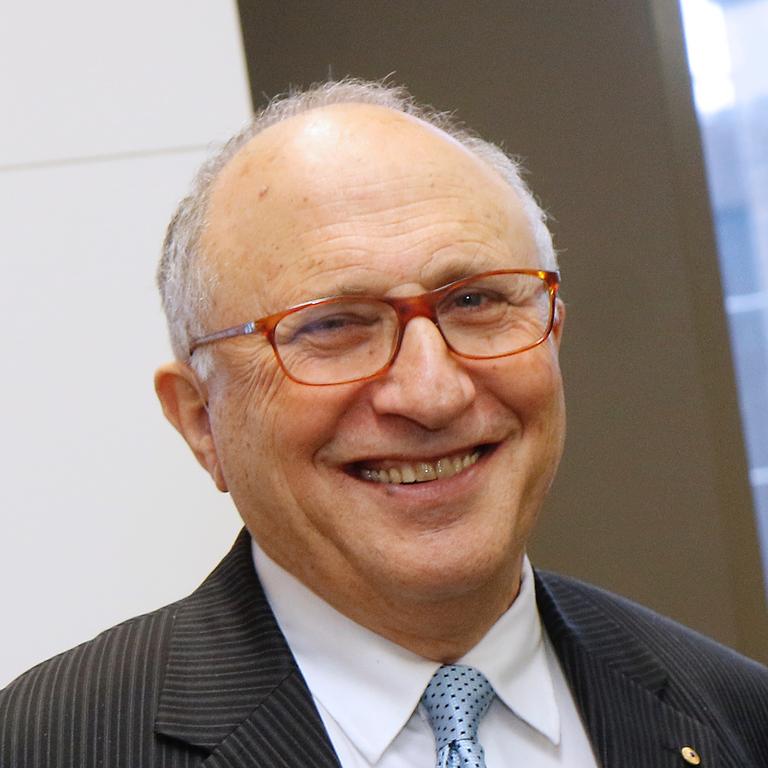 The IHRA definition has been opposed in some circles because, as it states, “Manifestations might include the targeting of the state of Israel, conceived as a Jewish collectivity,” and some examples relate to extreme demonisation and delegitimisation of Israel. However, it also states that “criticism of Israel similar to that levelled against any other country cannot be regarded as antisemitic.”

Those opposing the definition on that ground need to explain why they are so keen to criticise Israel in ways they would not criticise any other country.

Fortunately, the IHRA definition was embraced by the Morrison Government in 2021, and, prior to that, then-opposition leader Anthony Albanese promised a future Labor government would endorse it. It has also been adopted with bipartisan support by the Victorian and NSW parliaments (again under Perrottet) and recognised by the South Australian upper house. 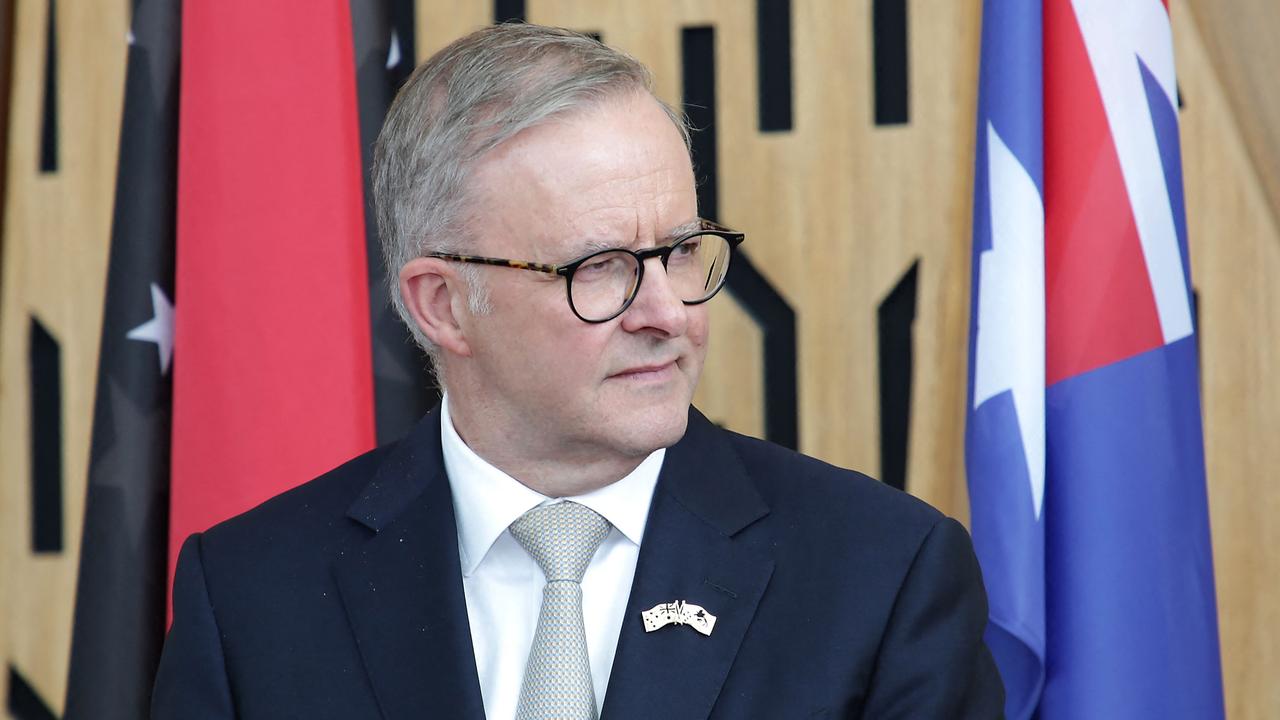 Now proactive steps are needed to implement it effectively, especially on social media.

anti-Semitism must be resolutely opposed wherever it appears, and not either normalised and mainstreamed, or trivialised and condoned. The evil it represents runs counter to everything that makes our country what it is-a great democratic, multicultural society.

Dr. Colin Rubenstein is the executive director of the Australia/Israel and Jewish Affairs Council