A group of men accused of abducting a reported associate of the Hamzy crime network outside his Sydney home will apply to be released from custody.

Talonoa Leaaetoa, Henry Kupa, Erica Hema and Sonny Siope Puleiku did not face Hornsby Local Court on Monday as their charges were mentioned for the first time.

The group of four, aged between 19 and 25, were pursued and intercepted by police following the alleged abduction on Sunday.

While they did not appear in court as the matter was adjourned, their lawyer Mahmoud Abbas told media it was “far too early to make a determination” as to what is going to happen in the future. 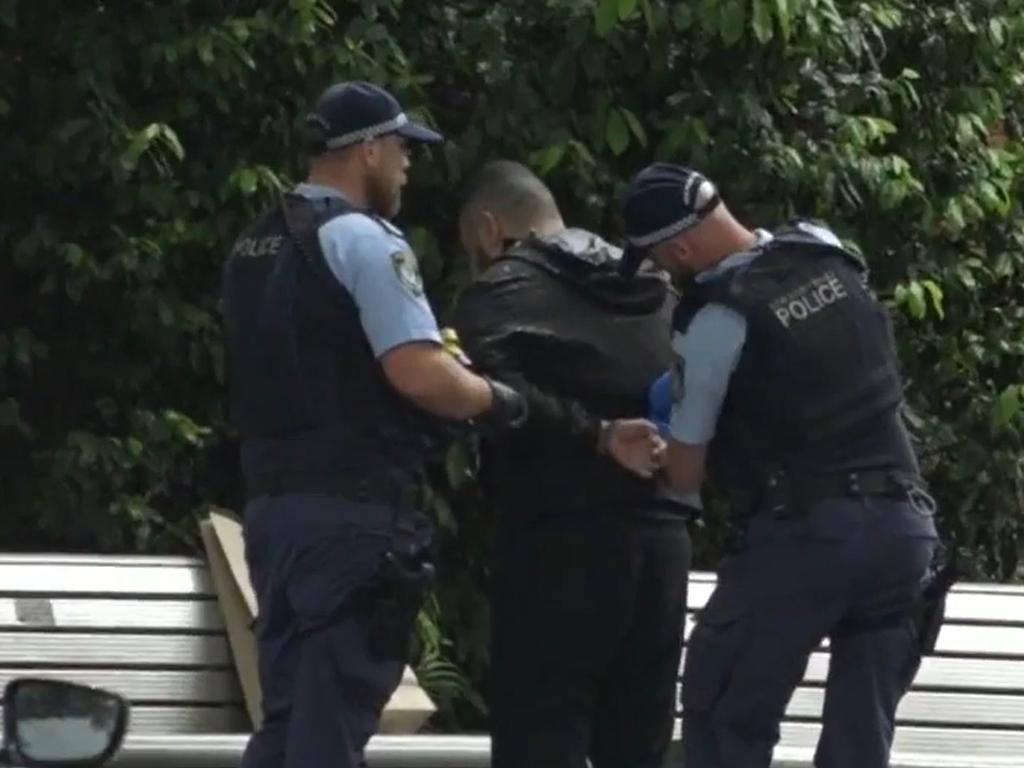 Four men have been charged and a police car damaged after a wild pursuit through Sydney’s northern beaches on Sunday morning. Picture: 9News

Mr Abbas confirmed the men would be making an application for release.

“It is far too early to make any determination as to what the evidence is, but once all the relevant material is released, we will make a determination and proceed from there,” he told media.

Mr Abbas was yet to contact his clients as he left court but said he was “sure they’re fine”.

“At this stage it’s an allegation and everyone is entitled to the right of silence and presumption of innocence,” he said.

The four men are accused of assaulting Rodrigo Henriquez and forcing him into the back of a Toyota HiLux outside his Oyama Avenue home in Manly about 9.30am Sunday.

The men did not appear in court on Monday when the matter was mentioned. Picture: 9News

NSW Police quickly found the vehicle more than 20 minutes away on Warringah Rd where they attempted to stop it before beginning a pursuit when it allegedly refused to stop.

A police car was allegedly rammed during the pursuit.

Officers used road spikes to stop the HiLux at Forrestville before finding five men in the car.

Mr Henriquez, 39, was found with injuries and was taken to hospital for treatment.

The remaining four men were arrested and taken to Manly Police Station before they were charged by detectives attached to the State Crime Command’s Criminal Groups Squad and Northern Beaches Police Area Command.

Police set up a crime scene around the property following the alleged kidnapping. Picture: 9News

Mr Leaaetoa, 24 and from Sefton, was also charged with police pursuit – not stop – drive recklessly; and use of an offensive weapon to prevent lawful detention.

The matter was adjourned to Manly Local Court in March.