Anthony Albanese has said the day marks a “win for honesty and trust” as the legislation to establish Australia’s first National Anti-Corruption Commission becomes law.

The Bill to establish the federal integrity watchdog to investigate serious or systemic corrupt conduct in the public sector passed the House of Representatives to applause from the chamber on Wednesday.

The legislation passed without division, which is the closest the lower house can come to unanimous support.

The legislation passed the Senate on Tuesday evening with one crossbench amendment, meaning it had to return to the House of Representatives on Wednesday so that amendment could be voted on.

The Greens secured support from the Coalition in the upper house for an amendment to expand the powers of the independent inspector that will oversee the NACC.

The government rubber stamped the amendment when it returned to the house for the final vote. 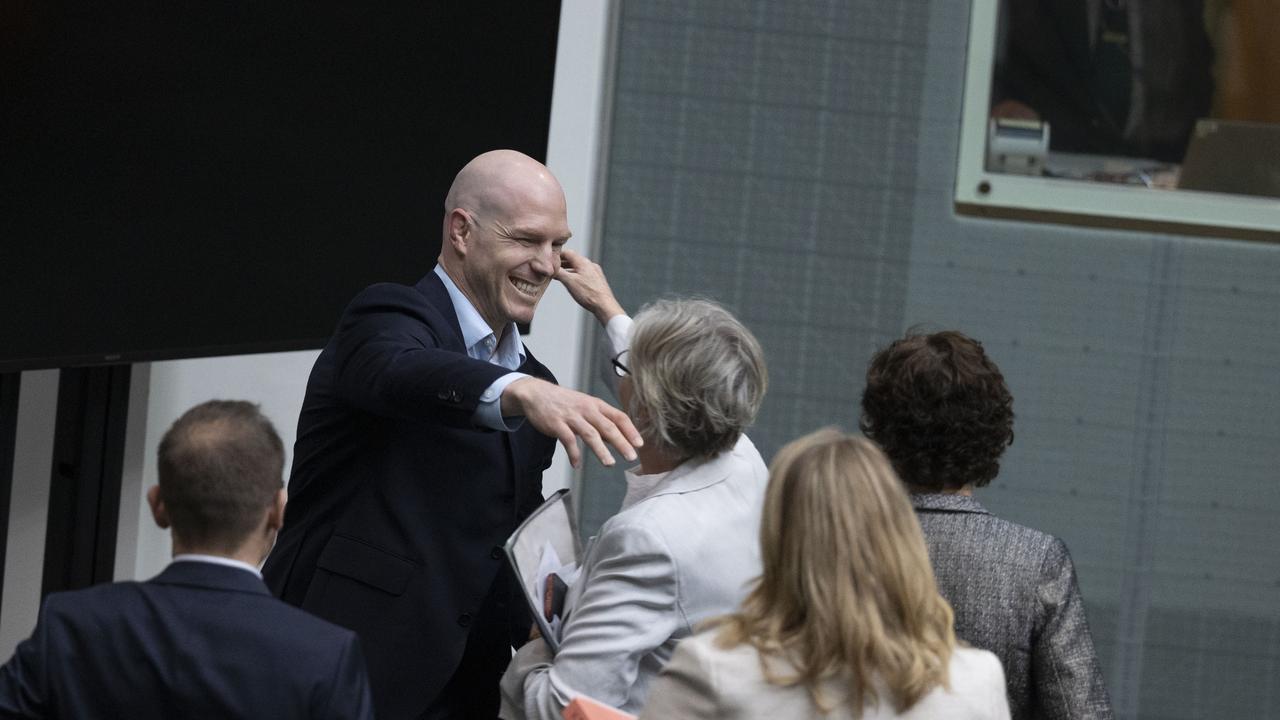 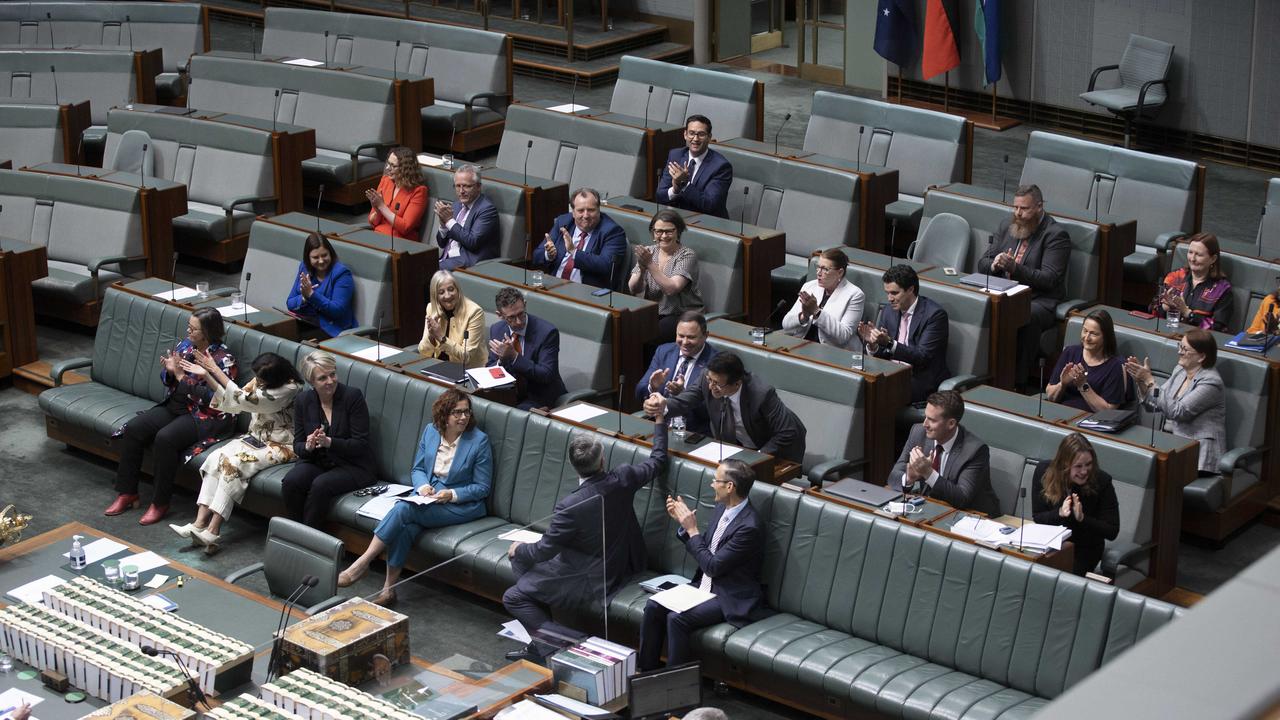 Attorney-General Mark Dreyfus gets a high five from one of his colleagues after the NACC passed. Picture: NCA NewsWire / Gary Ramage

Labor went to the election with a promise to legislate a federal integrity commission by the end of the year, with the goal of having the watchdog operational by mid-2023.

Speaking in the lower house before he introduced the Bill for the final time, the Prime Minister said the government and parliament had taken an “important step” towards rebuilding trust in democracy.

Mr Albanese thanked independent MP Helen Haines for her work in championing an integrity commission, as well as the other members of parliament who had contributed to Labor’s Bill.

“The co-operation has given us a stronger better and more permanent body,” Mr Albanese said.

“This legislation is a reminder that the best way to restore hope and trust in parliament, is to demonstrate that parliament can function better.” 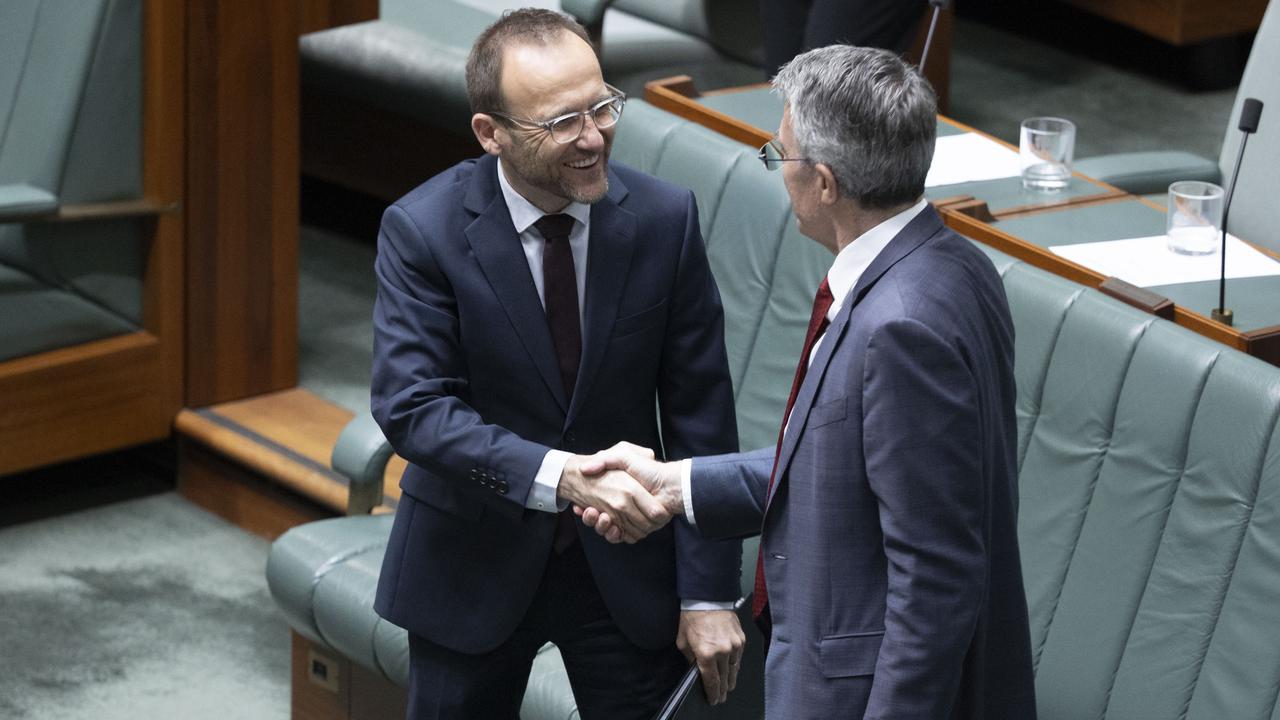 Dr Haines spoke to reporters at Parliament House alongside other crossbenchers after the legislation passed, saying it was a happy day for democracy.

“We have got across the finish line. But the work of integrity is never done,” she said.

Greens justice spokesman David Shoebridge said he didn’t think his was the only office that was “starting a list” of referrals to make to the NACC in 2023.

He flagged that The Greens would refer instances of “pork barrelling” – the direction of government funds based on potential political benefit – to the watchdog as a first priority.

“I think we’re all aware of how public money was used for deeply partisan purposes,” he told reporters.

“Car parks should go where we need car parks, not where politicians need votes.”