The nation’s best young spellers have stumped the Prime Minister in a grilling which would put the opposition to shame.

Part of their prize was the chance to meet Anthony Albanese at Parliament House and put his knowledge to the test. 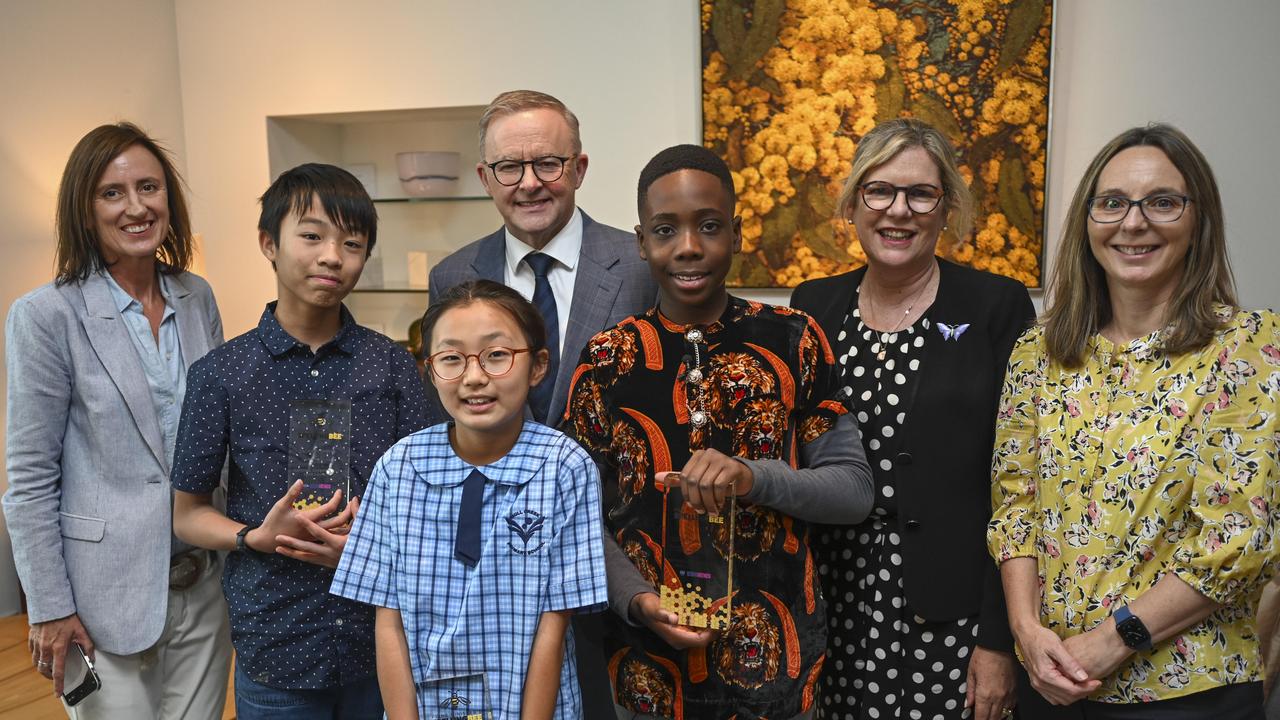 Perth student Joanne asked if he could spell vespers, a service of an evening prayer. But Mr Albanese confused the word for the similarly sounding “vespas”.

Unfortunately, things didn’t get any easier for the Prime Minister, after Ozi decided to throw him a curveball.

“This is a German word. It means state of consciousness. Bewusstseinslag,” the 11-year-old told him. 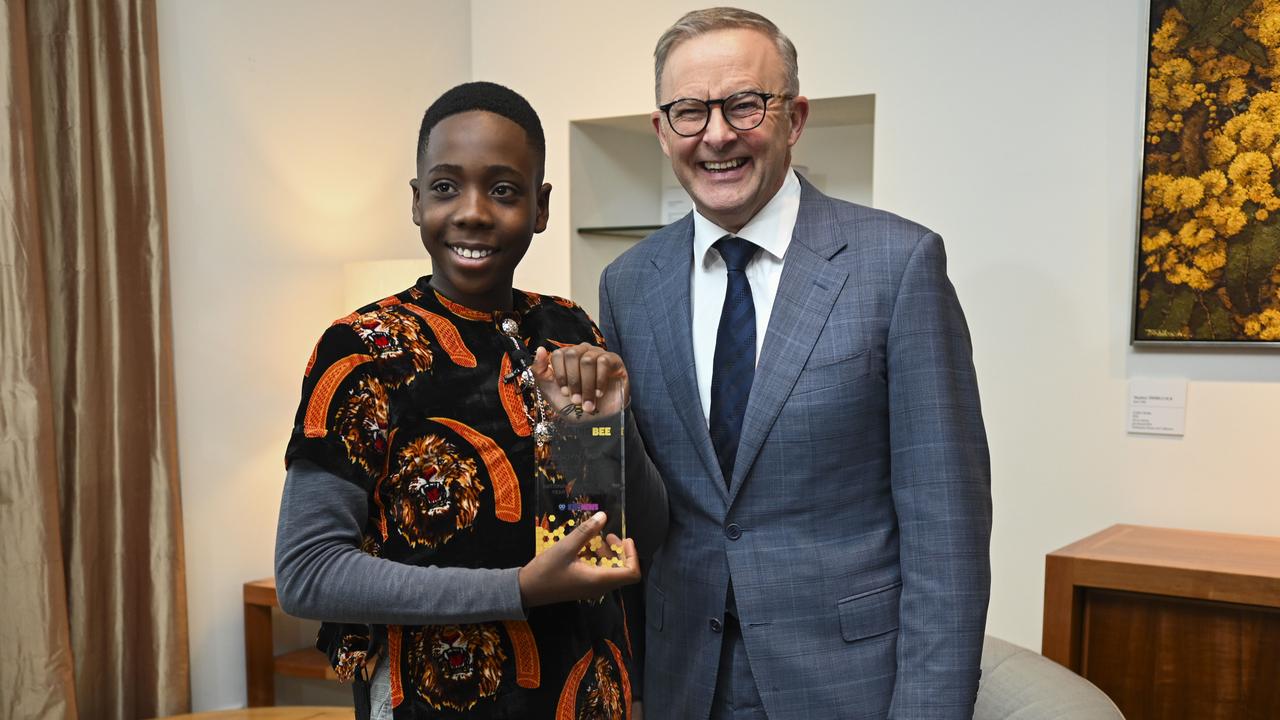 Focus then turned to Melbourne student Zach, who the Prime Minister pleaded with to ask him to spell an English word.

However, he didn’t get four letters into “magnanimous”, meaning generous or forgiving, before the 13-year-old jumped in to correct him.

The lucky students and their families capped off the day with a personal tour of Mr Albanese’s office inside parliament. 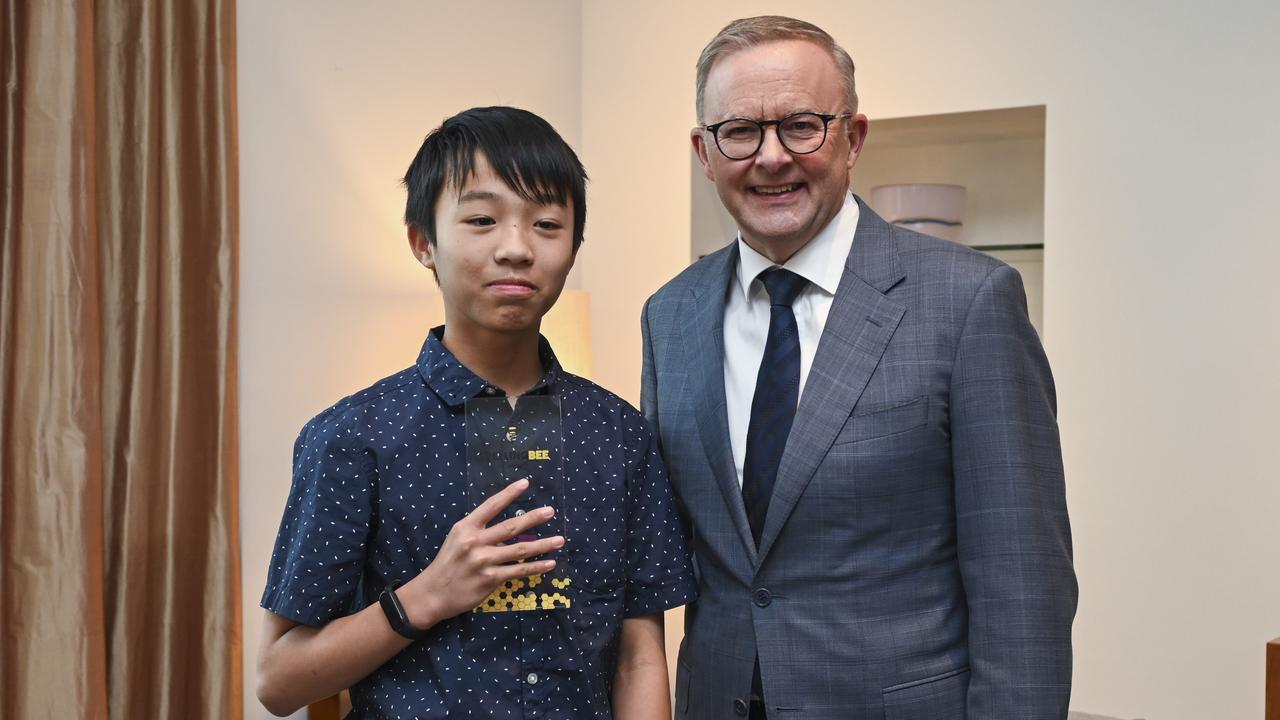 All three students credited their love of reading as the key to their spelling success.

The Prime Minister told the spellers his mum had also instilled him with a passion for reading as a kid.

“I read everything I could,” he said, before revealing his favourite book of all time was Catch-22 by Joseph Heller. 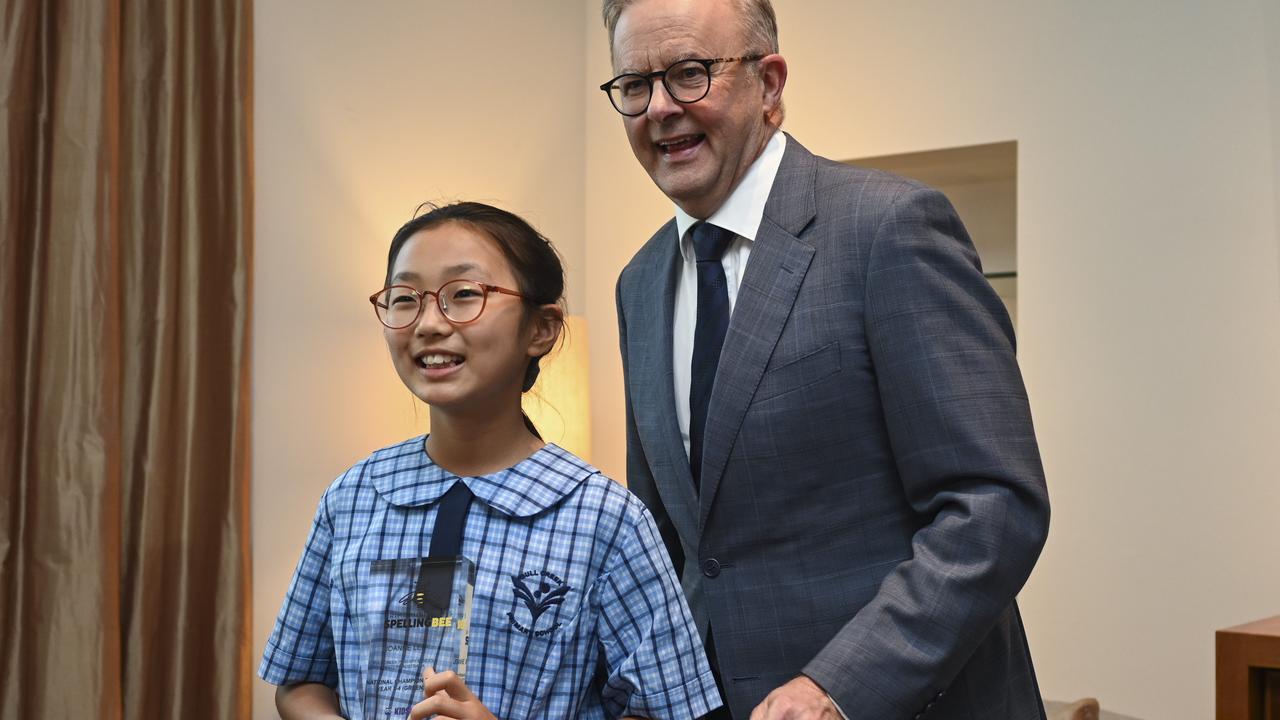 The Prime Minister’s Spelling Bee is run by Kids News, a free news resource for students.

More than 61,000 students from 1060 schools across the country took part in the competition.

“It’s about fostering a love of learning and making education fun,” Kamahl said.

“We believe every child should have access to news from trusted sources. It really is about us investing in future generations,” she said.