Anthony Albanese has praised the woman who steered New Zealand through its darkest days, lauding Jacinda Ardern as a “powerful leader”.

Ms Ardern has been prime minister since 2017 but on Thursday announced she would not be contesting this year’s election as Labor leader.

In announcing her resignation, she said she understood what it took to be prime minister but she “no longer had enough in the tank” to do the job.

Mr Albanese led a chorus of support for Ms Ardern, saying she had shown the world how to lead with “intellect and strength”.

“She has demonstrated that empathy and insight are powerful leadership qualities,” Mr Albanese said.

Jacinda Ardern has shown the world how to lead with intellect and strength.

She has demonstrated that empathy and insight are powerful leadership qualities.

Jacinda has been a fierce advocate for New Zealand, an inspiration to so many and a great friend to me. pic.twitter.com/QJ64mNCJMI

“Jacinda has been a fierce advocate for New Zealand, an inspiration to so many, and a great friend to me.

“I look forward to working with the next prime minister of New Zealand, and I wish Jacinda Ardern and her family well in the next chapter of their lives.” 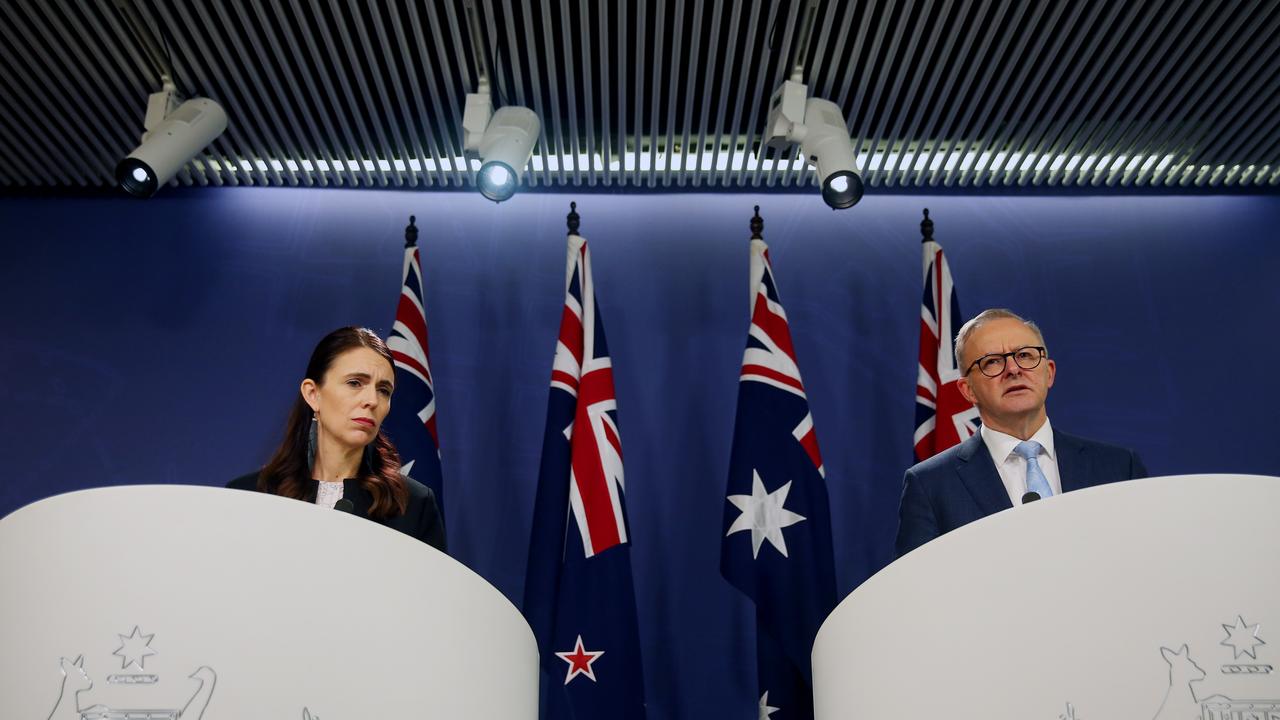 Mr Albanese and Ms Ardern had a stronger relationship than she had with his predecessors.

In 2020, Ms Ardern called out former prime minister Scott Morrison and his government for a policy that she said was “corrosive to our relationship”.

The issue was the deportation of New Zealand citizens – some of whom had nothing to do with New Zealand – which the Morrison government was forcibly sending across the ditch after serving an Australian prison sentence.

Last year, Mr Albanese met with Ms Ardern, committing to amending the policy but ruling out scrapping it.

At the time of her election, she was the youngest female leader in the world.

In her time as prime minister, Ms Ardern has given birth to her first child, managed the country through Covid-19, led a period of national mourning following the horrific Christchurch mosque terrorist attacks, and supported victims of the White Island volcano.

During her tenure, she worked with three Australian prime ministers.

Other Australian politicians have rushed to thank Ms Ardern for her tenure and wish her well.

“Jacinda Ardern is more than a friend to Australia – she’s more like a sister,” he said.

“We’ll be sad to see her leave the prime ministership. But obviously our friendship will remain in good hands (with) whoever picks up the leadership after she retires.”

Finance Minister Katy Gallagher said: “You can’t be what you can’t see. I’m so glad that a generation of young women have been able to watch (her) lead… with strength, empathy and grace”. 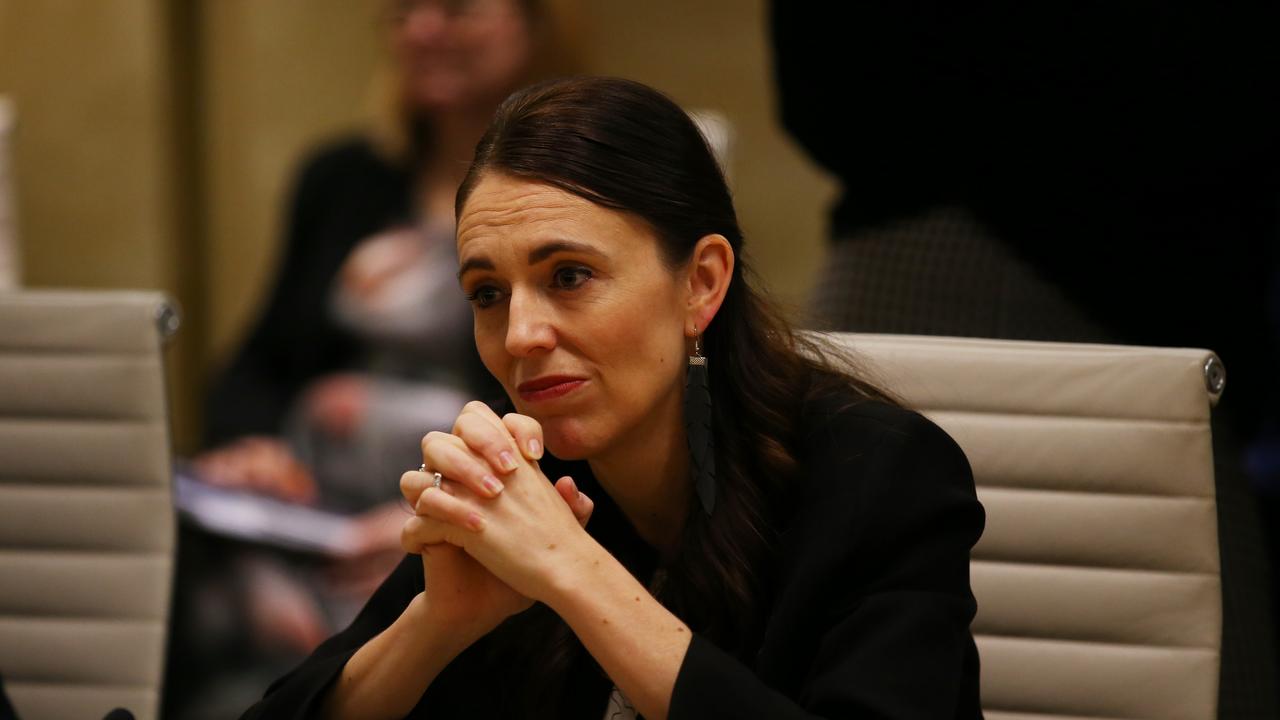 Ms Ardern was described by Jim Chalmers as “more like a sister” to Australia than a friend. Picture: NCA NewsWire / Nikki Short

Independent MP Zoe Daniel used Ms Ardern’s own words to describe her as “kind but strong, empathetic and focused … you can be your own kind of leader. Thank you for leading by example, Jacinda”.

“She has inspired many women to stand up and shown that you can be a human, compassionate leader. Whatever your political stripes, this legacy is one to be proud of,” she said.

Greens senator Sarah Hanson Young said Ms Ardern had been a “trailblazer and a true inspiration”.

“Heartfelt admiration and thanks to Jacinda Ardern for showing that compassion, courage and understanding are the true strengths of leadership. We will miss wishing she was our own prime minister,” Senator Hanson-Young said.

Home Affairs Minister Clare O’Neil said Ms Ardern had been an “outspoken leader” for New Zealand on the international stage, guided by “a powerful combination of insight, strength and compassion”.

As Prime Minister, @jacindaardern has been an outspoken leader for New Zealand on the international stage, guided by a powerful combination of insight, strength and compassion.

Wishing Prime Minister Ardern and her family all the best for the future. pic.twitter.com/8zj2LE3mJR

Victorian Premier Daniel Andrews shared a selfie of him and Ms Ardern, writing the outgoing prime minister had led with “a kindness which came to define her prime ministership”.

Through a pandemic, a terrorist attack and an eruption, Jacinda led with a kindness which came to define her Prime Ministership.

A real leader, with so much to be proud of. pic.twitter.com/ZMMQWEabBb

Those outside politics have also rushed to wish Ms Ardern well.

Actress and author Magda Szubanski wrote on Twitter how “gutted” she was, saying she wished the “fabulous woman” all the best.

“You have raised the bar in terms of humane leadership,” she said. 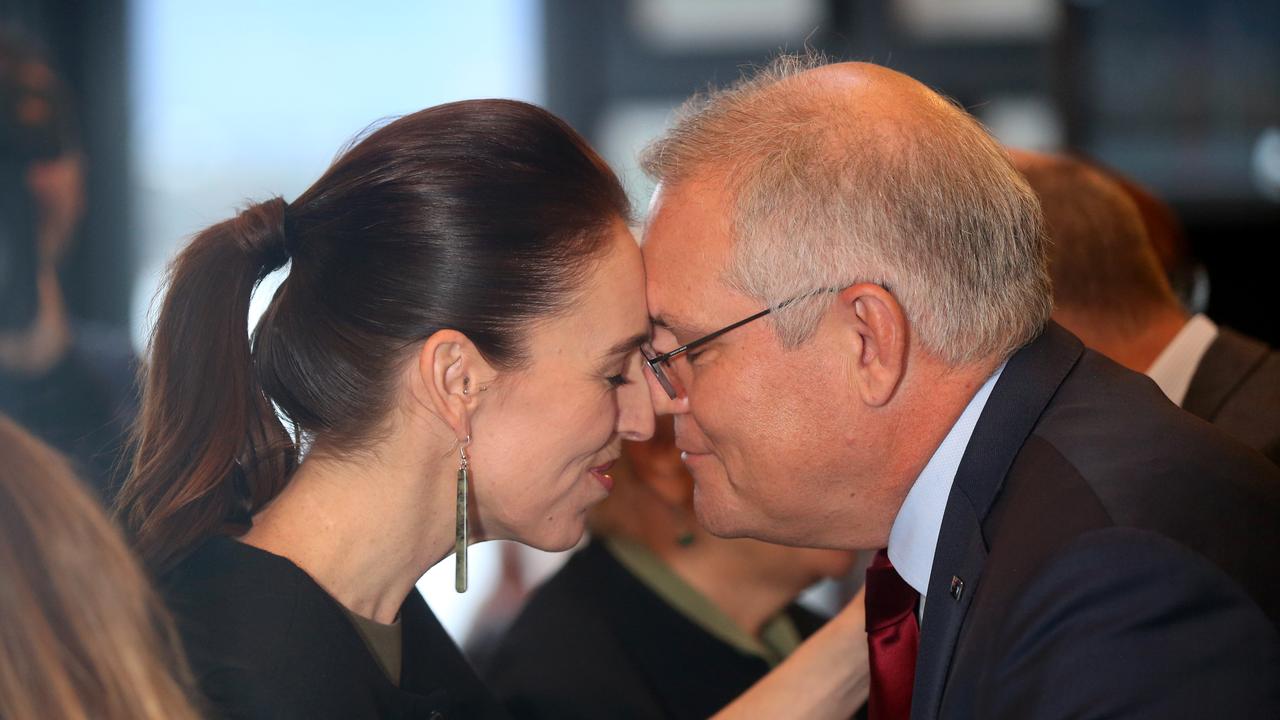 Ms Ardern said she had “no regrets”, and has been praised for steering New Zealand through its darkest moments.

Ms Arden’s first defining moment came in March 2019 when 51 people were killed and 49 injured across two mosques in Christchurch.

She refused to say the name of the attacker, telling parliament in an address: “Speak the names of those who were lost rather than the name of the man who took them … he will, when I speak, be nameless”.

A photograph of her wearing a veil while hugging a member of the Muslim community with the word “peace” in English and Arabic was projected around the world.

Thirteen of those people were Australian tourists. There had been 11 other Australians on the island at the time as well as a number of Americans, New Zealanders, Germans, Chinese, Britons and a Malaysian.

The world praised her for her response to the disaster.

During that time, Ms Ardern would regularly post updates to her own social media account, and she often went viral for her calm demeanour. 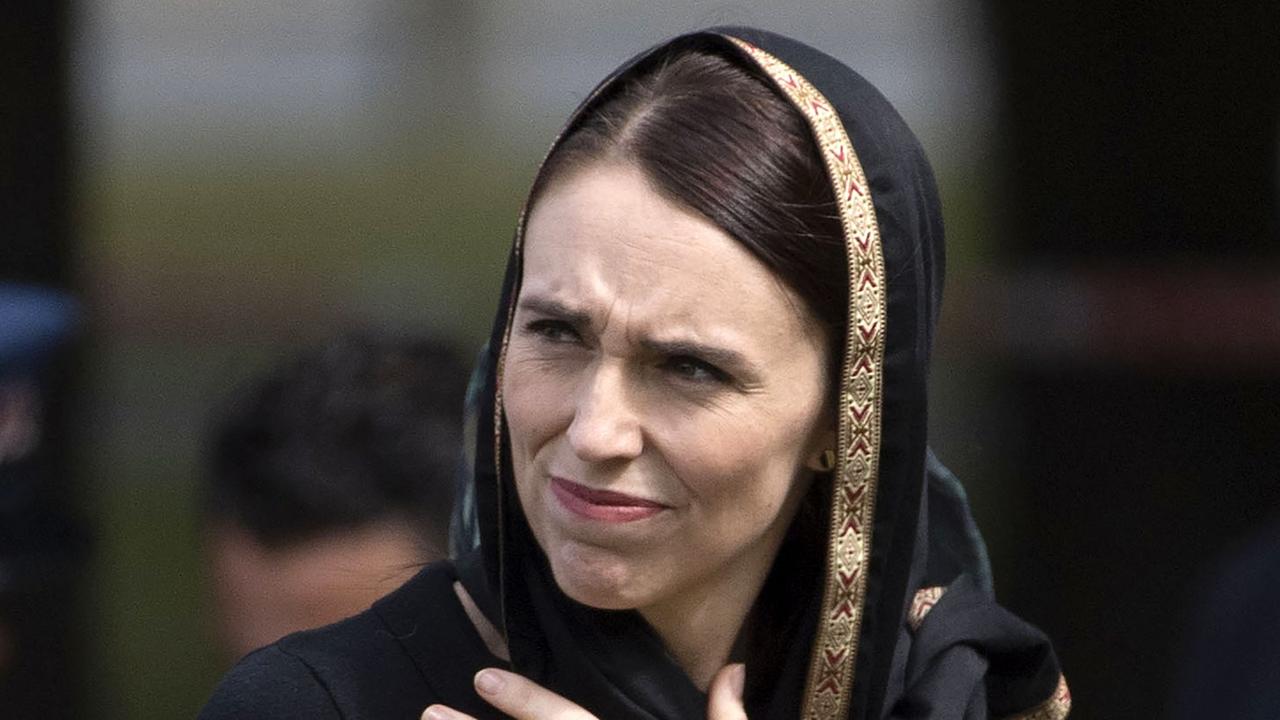 Ms Ardern said she wanted the legacy of her prime ministership to be that she led with kindness. Picture: Marty Melville / AFP