Federal cabinet is mulling a proposal to intervene in the gas market to bring down runaway wholesale energy prices, with the government promising to unveil a policy by Christmas.

The government is believed to be considering capping the wholesale price of gas and enforcing a mandatory code of conduct for gas producers which would include shoring up a guaranteed domestic supply from them.

Deputy Liberal leader Sussan Ley used question time on Wednesday to seize on an interview given by Mr Husic on ABC Radio National that morning, in which he deflected questions about the government’s policy.

“When he was asked what would happen if Queensland rejected Labor’s half-baked plan on power prices, the minister could only say, ‘Let’s wait and see’,” Ms Ley began her question to the Prime Minister.

“The minister could only say, ‘I could love Queensland.’ Because when pushed on the actual details, the minister said, ‘I was hoping you would not ask for details.’” 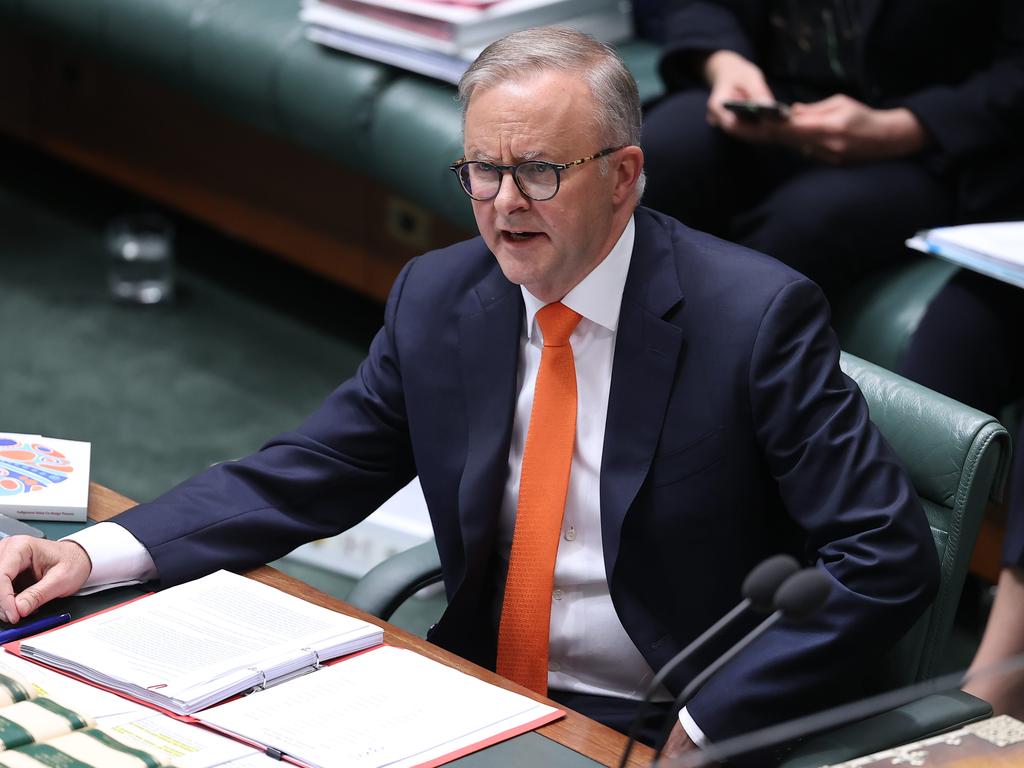 Ms Ley has often used question time to attack the Albanese government over power prices and Labor’s pre-election promise to reduce power bills by $275 on average from 2025.

Mr Albanese responded to her question on Wednesday by saying he thought Mr Husic had done very well in his interview, adding that he loved Queensland as well.

“The third point is that the minister is quite right, there is this thing called cabinet and when asked what cabinet discussions were about, it is appropriate to say something like, ‘I hoped you wouldn’t ask that question,” Mr Albanese said.

“Because you don’t reveal cabinet discussions. I know that would seem bizarre to those opposite.”

Mr Albanese said the government intended to stick to its self-imposed timeline of releasing its power prices policy by Christmas.

Earlier in question time, Mr Albanese revealed he had personally raised the release of Wikileaks co-founder Julian Assange with the Biden administration.

He said he did not have “personal sympathy” for the publisher and activist, but that it was time for the matter to be brought to an end.

“I have raised this personally with representatives of the US government; my position is clear, and has been made clear to the US administration – that it is time that this matter be brought to a close,” he told parliament on Wednesday.

Mr Albanese earlier this year said he wouldn’t publicly intervene after the UK Home office ordered Mr Assange’s extradition to the US, where he is wanted on spying charges and faces a 170-year prison sentence.

Mr Albanese has maintained he doesn’t see the point of US authorities’ “ongoing pursuit” of Mr Assange.