North Melbourne star Tarryn Thomas has been charged with a single count of threatening to distribute an intimate image, the AFL club has confirmed.

A statement released by the Kangaroos on Wednesday afternoon said the 22-year-old was facing criminal charges over the alleged image threat, and that he had also been pulled over by police for driving with a suspended license during the Christmas break. 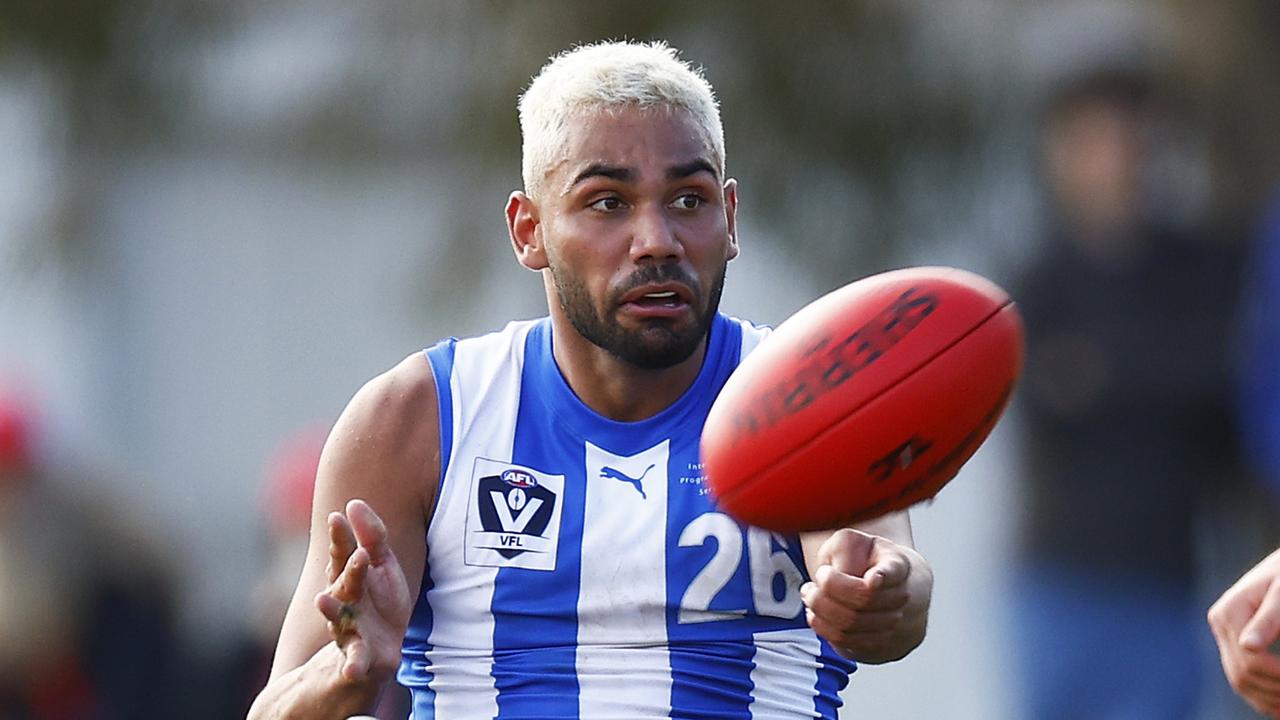 Tarryn Thomas of the North Melbourne Kangaroos has been charged by police with threatening to distribute an intimate image. Photo by Daniel Pockett/AFL Photos/via Getty Images

“The club has informed the AFL’s Integrity Unit and the AFLPA on both matters and the club will continue to work with Thomas regarding behavioural expectations,” the statement read.

No further details were provided about either incident.

Thomas was drafted by the club in 2018 and has played 57 games for them since.

He played only 10 games last season but remains contracted to the club until the end of 2024.