Two fired up drivers have been filmed in an awkward ‘road rage street fight’ where neither of the pair manage to make contact with the other, despite making several attempts.

The duo were captured in the tense dispute in Adelaide’s North Terrace on Sunday by onlookers – who could be heard laughing as the men repeatedly tried to kick each other. 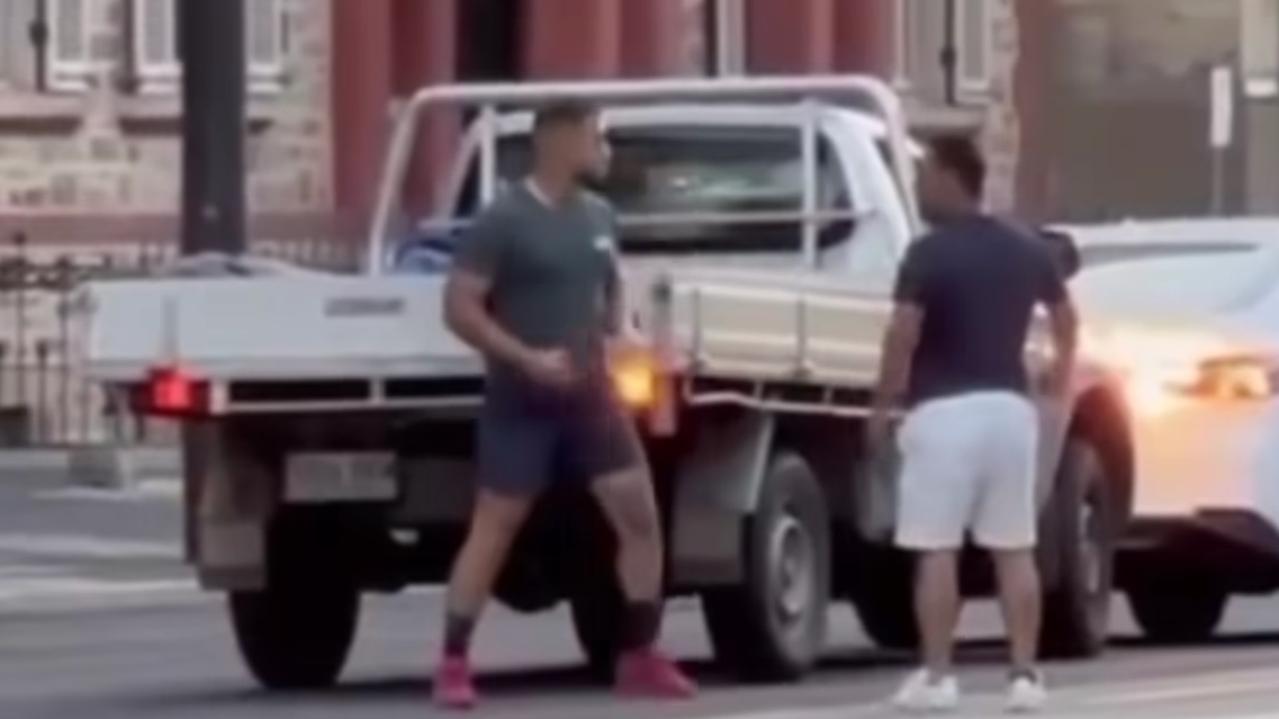 The two men were spotted on an Adelaide street. Picture: 7 News

One of the men stepped out of his white ute dressed in a Bunnings Trade shirt, small worker’s shorts and bright red sneakers, while the other wore white dress shorts, a navy shirt and white sneakers.

They traded air kicks for long enough to draw attention from passers-by, with the man in white shorts even attempting a spinning wheel kick – stumbling to the ground when he lost balance.

Eventually they both got back in their vehicles and drove away, but it wasn’t before the man in white shorts tried unsuccessfully to kick his opponent’s door closed. 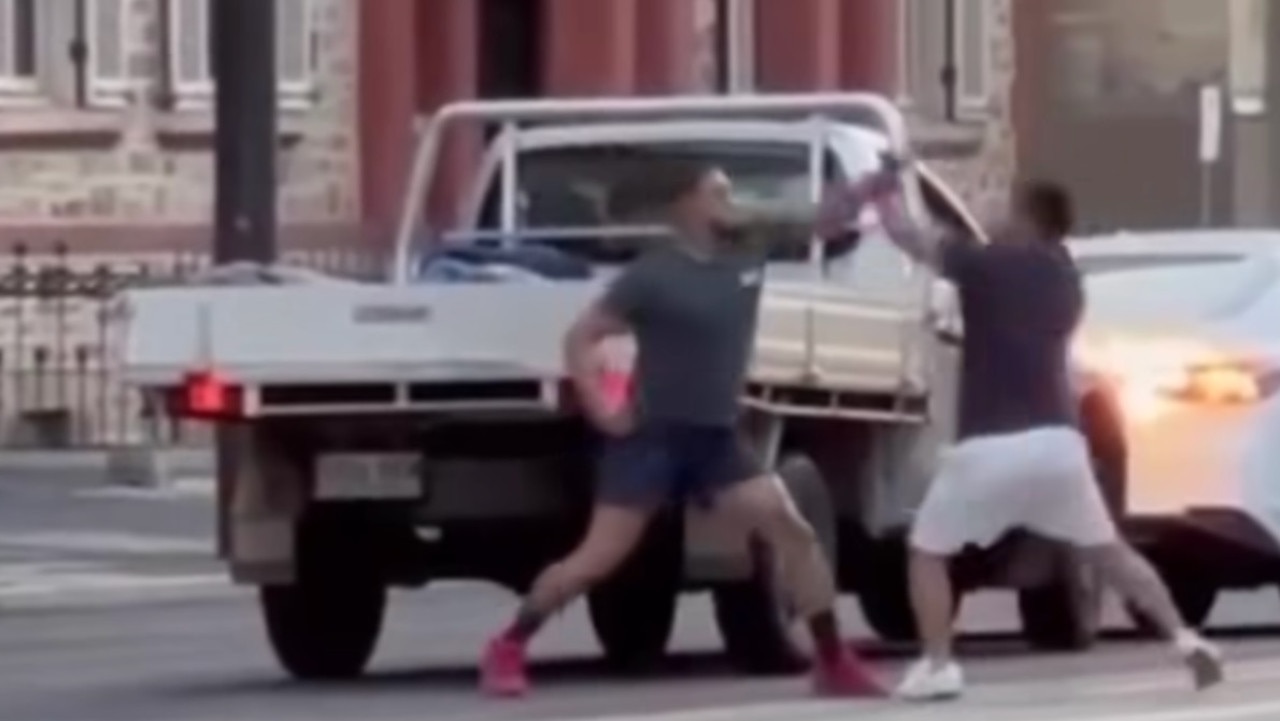 They have been ruthlessly mocked online. Picture: 7 News

The bizarre encounter was described as “embarrassing” after footage was shared online.

“How awkward and embarrassing for them both. The little kick on the car at the end lol,” one comment read.

Others felt the interaction was surely the “worst street fight ever”.

“If I saw this I’d laugh so much I’m sure I’d have an accident,” someone else said. 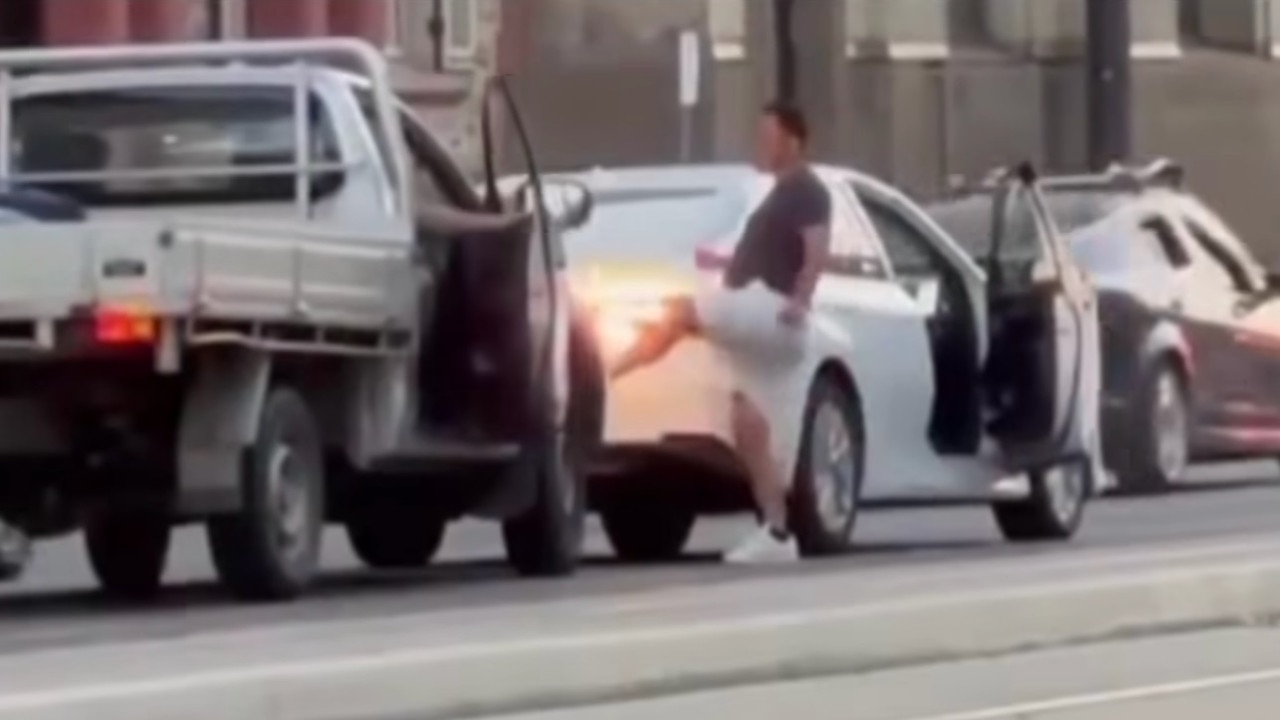 The dispute ended with one of the men trying to kick the door closed. Picture: 7 News

Some thought the “fight” had the best of both worlds – it was enough to show the other they weren’t happy, but not so much that it resulted in someone getting hurt.

One thought the confrontation “looked more like a two-man flash mob”.

Others agreed the whole scene was “pathetic”.