A vision impaired woman refused service from a bar because she didn’t have a carer has unleashed on the establishment’s treatment of her in a series of scathing reviews.

Vanessa Ransley was recently in Adelaide, South Australia, for a work conference and decided on a visit to Horizons Cocktail Lounge in beachside suburb Glenegl on Saturday.

When she attempted to order herself a drink, she claimed to have been told she was a “safety risk” and could therefore not be served.

The 51-year-old, in a Yelp review, said she had travelled across the world and Australia and had not once been told she could not be served because of her vision impairment.

She said she “sadly” was “unable to provide a review for this establishment” after “they would not serve me because I am vision impaired”, adding that she used a white cane.

“I have never come across this before in my life or in my travels around the world and Australia,” Ms Ransley wrote. 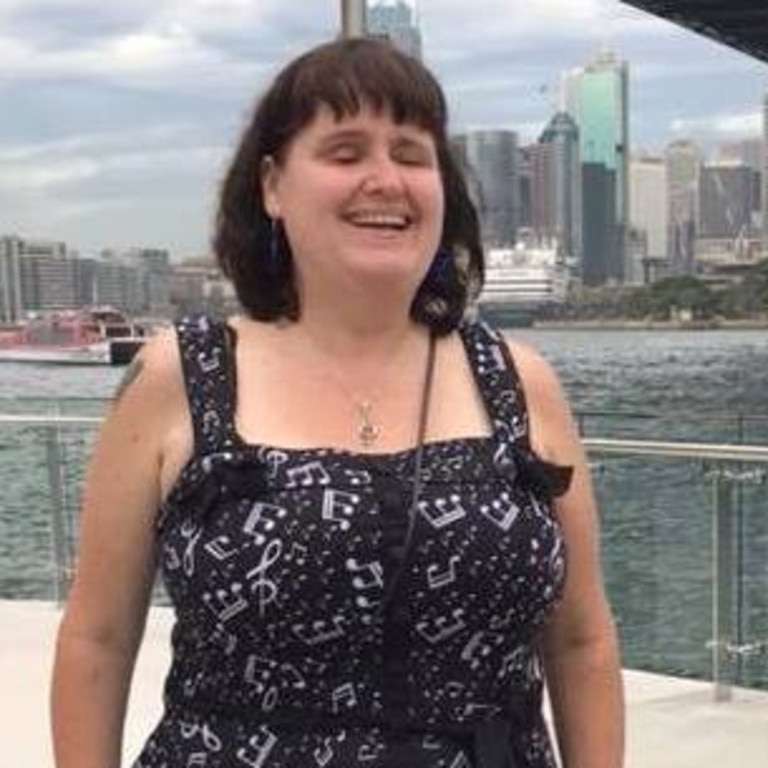 A vision impaired woman has blasted an Adelaide establishment after being refused service because she was unaccompanied.

“Apparently I’m a safety risk. Let me ask you this, is everyone who enters your establishment, unaccompanied a safety risk? How does being blind effect my ability to navigate (apart from the obvious)?”

She argued that she was just as capable as any other adult of making decisions about she should and should not drink.

“Am I, an adult, an Australian citizen not capable of deciding whether or not it is safe for me to go have a drink? 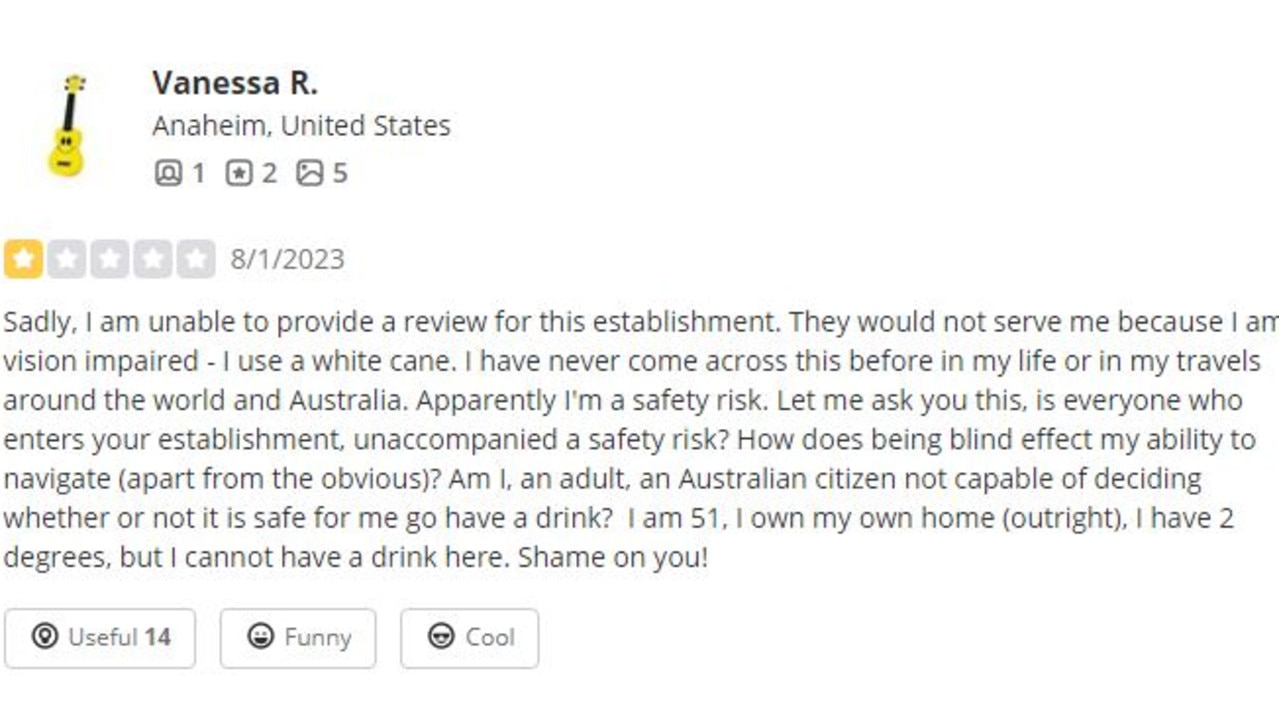 Ms Ransley left this scathing one star review after her experience.

Speaking with the Adelaide Advertiser, Ms Ransley said a male staff member had initially asked if she was on her own.

“He asked me if I was unaccompanied, which was confusing because I’d travelled from Hobart by myself, and then said I was a safety risk,” she told the publication.

Previous refusals were typically due to her guide dog, who in an even sadder twist, passed away only a few days beforehand.

“It was really devastating. It threw me and I’m a reasonably articulate, assertive person,” she said. 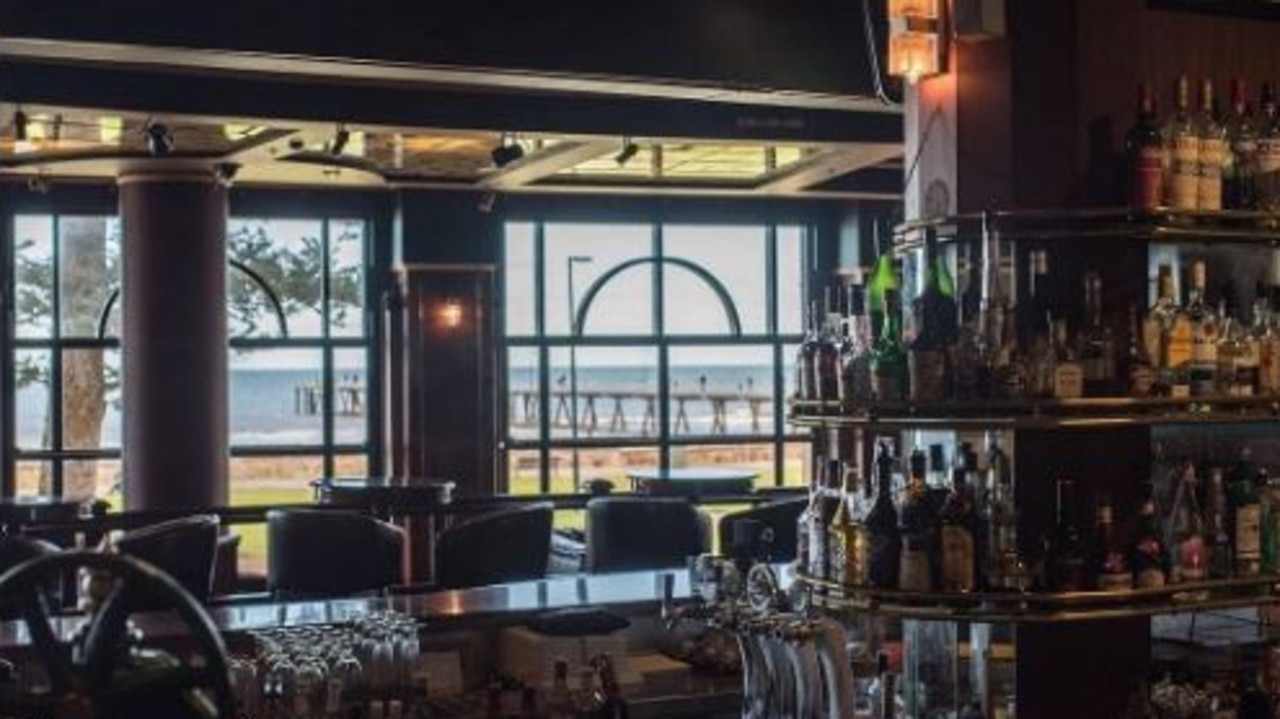 A vision impaired woman has blasted an Adelaide establishment after being refused service because she was unaccompanied.

She shared the disheartening experience on Facebook, where she said she was told she was “not allowed to have a drink in the Horizons bar without a ‘carer’”.

“I have two degrees, I’ve travelled the world and here in Glenelg Adelaide I am unable to have a cocktail without a carer because it’s unsafe. Anyone else is allowed to have a drink, unaccompanied except me.”

Others were just as upset and encouraged her to file a complaint with the Australian Human Rights Commission.

“Holy moly, this is absolutely ridiculous and I’m embarrassed to say this is my local,” one person responded.

“Unfortunately this happens far too often and it’s because people don’t like making a fuss that these issues are not raised and discussed in an open forum. Well done for standing up for yourself and for getting that staff member re-educated or retrained,” another said.

Management for Horizons Cocktail Lounge has been contacted by news.com.au for comment.