As we get closer to a promised referendum for the Indigenous Voice to Parliament, we increasingly hear more from both sides of the debate. And this is good.

One side has rightly noted that actions from past decades have not resulted in closing the gap and so believe a radical change is needed. That change, they believe, is the Voice.

The other side has claimed there is a lack of transparency about how the Voice will facilitate closing the gap, and so it should be abandoned, or at least more information provided. Anthony Dillon debating the Voice to Parliament at News Corp’s Beyond 23 conference at The Horden Pavilion in Sydney. Picture: Sam Ruttyn

If the Voice to Parliament is passed

I believe the number one reason why are not seeing the gap close, despite considerable investment in programs that aim to improve the lives of Indigenous Australians, is because they have been cast as having vastly different needs from other Australians. But they essentially have the same fundamental needs as other Australians.

My default position when I first took an interest in Indigenous affairs was that the commonalities between Indigenous and non-Indigenous Australians far outweigh any differences. Nearly three decades later, and I have not seen any evidence to the contrary.

Yes, there are minor differences, and they should be considered, but only after first recognising the commonalities. Over the years, I have listened to the many voices of Indigenous leaders, consultants and cultural experts, along with political leaders and academics, preach the myth of fundamental difference, while carving out nice careers for themselves.

Second, following from the previous idea that Indigenous people have the same fundamental needs as non-Indigenous people, then the Voice should advise government to develop policies and programs for Indigenous Australians that ensure they have the opportunity to live in safe and clean environments, have access to modern services and quality education, posses those skills that make them employable, and have ready access to jobs, in order to thrive. These are the same needs other Australians have, which, when met, enable them to thrive. 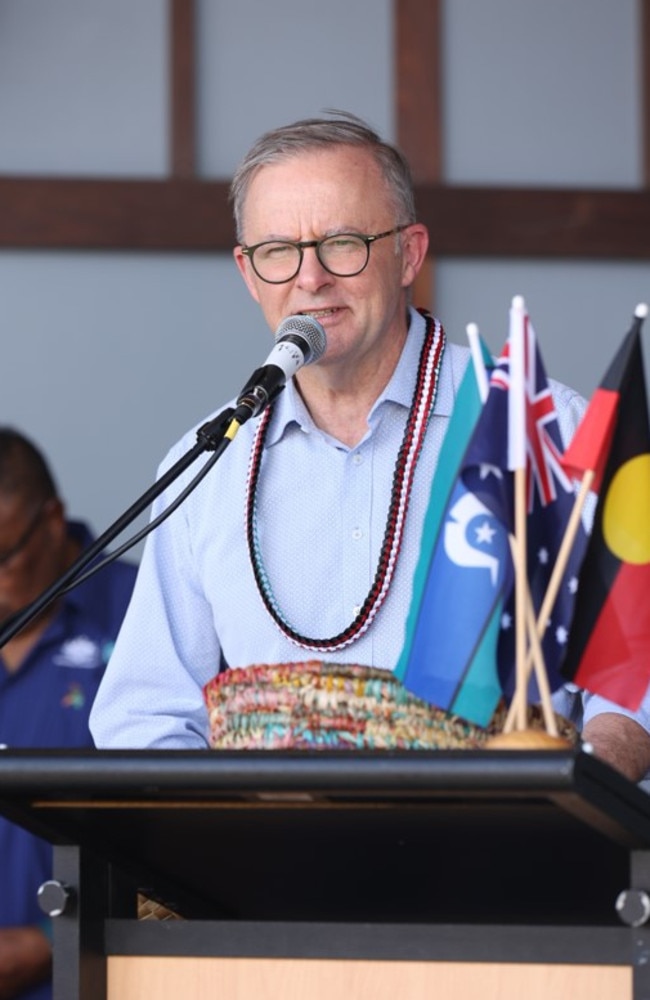 Prime Minister Anthony Albanese has previously said he is ‘very confident’ a referendum to establish the Indigenous Voice to Parliament would be passed. Picture: Supplied

Many Indigenous people have all this. Some of them are leaders, some of them are your friends, relatives and neighbours. But far too many, particularly those in less urbanised areas, do not. I applaud the final report on the Parliamentary Voice for recognising the high levels of need in remote areas, such as socio-economic disadvantage and lack of service infrastructure. However, intention must translate into action. If the Voice to Parliament is not passed

So, what if the Voice does not get up? Then I suggest that the current lot of Indigenous voices, of which there are many at all levels of government, start to enact the ideas in the preceding paragraphs. But wouldn’t this imply that the proposed Voice to Parliament is redundant? I think it does.

However, maybe the ideas I suggest here are not what is needed to close the gap? If so, now is the time for the architects of the Voice to tell us why these ideas are not helpful.

Or maybe something extra is needed that only the Voice can supply if we are to close the gap. If so, now is the time for the architects of the Voice to speak up. Surely these details should be sorted before any constitutional amendment is considered.

Anthony Dillon identifies as a part-Aboriginal Australian, is an academic with Australian Catholic University, and a commentator on Aboriginal affairs.