A young boy who was critically injured in the Sea World helicopter crash has been taken off life support amid a miraculous recovery.

Nicholas’ mother and three others were killed in the horror smash between two choppers on Queensland’s Gold Coast on January 2.

Simon Tadros, father of 10-year-old Nicholas and husband to the late Vanessa, has provided an update on the boy’s condition.

“Nicky has been off life support now for a few days and his body has responded very well, still on the ventilator machine to support his breathing,” said Simon in a Facebook update on Sunday. 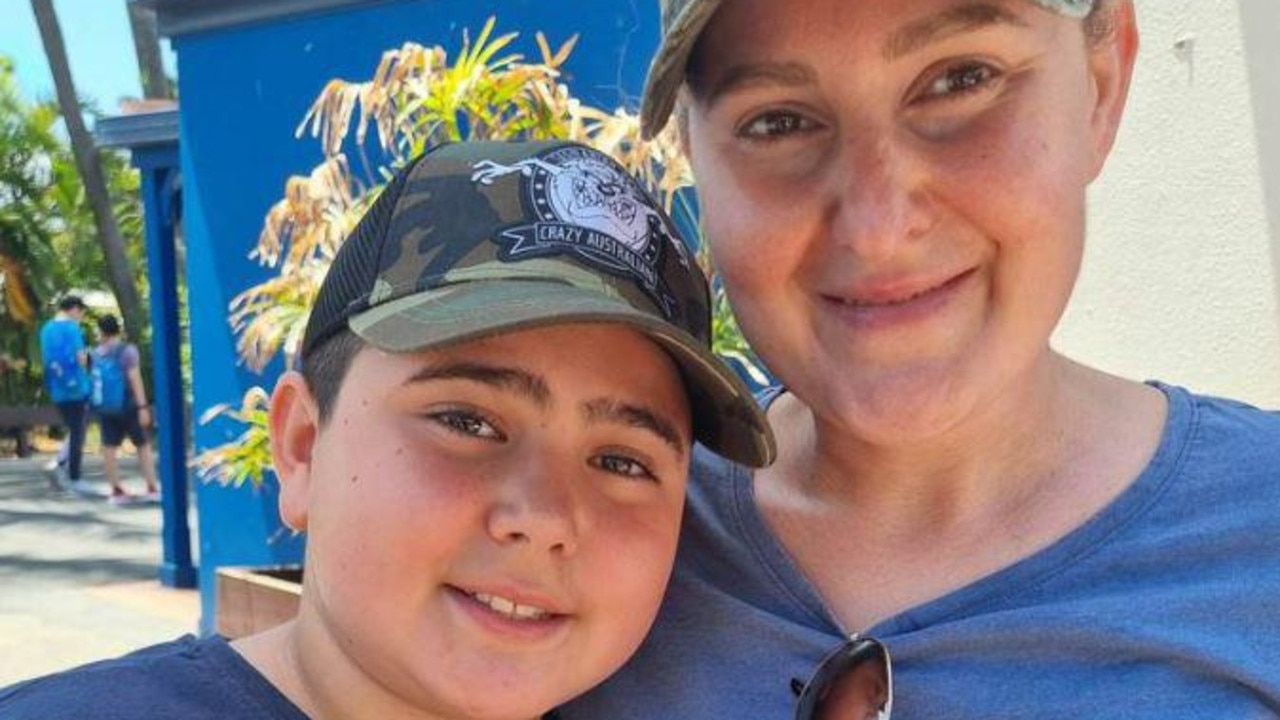 Vanessa Tadros and 10yo Nicholas before riding the helicopter.

“They have lowered his sedation medicine at times to see if he is responsive and he has woken up and able to respond to some questions with a nod or shake of the head.

“He is also able to hold my hand but still no movement in his legs yet but have been advised that could be due to the broken bones in both his legs.

“Due to the pain and distress and anxiety levels they have had to sedate him again for now. 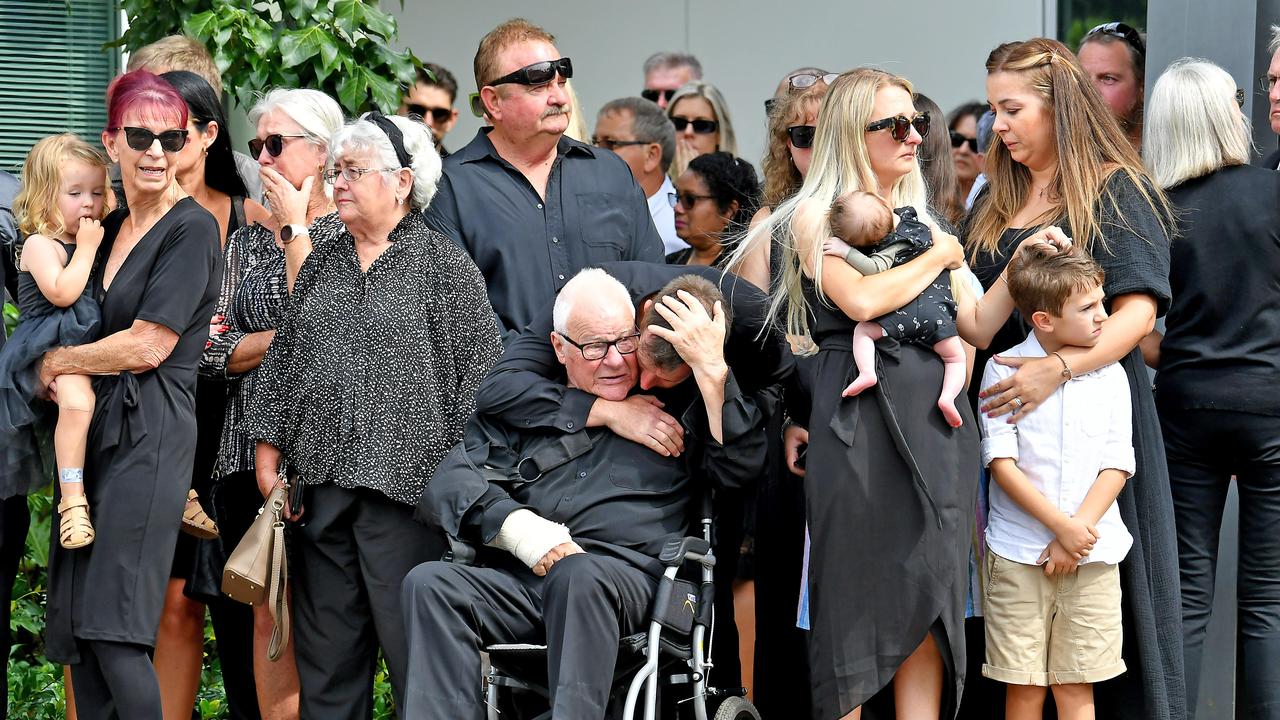 The funeral for SeaWorld helicopter pilot Ash Jenkinson was held at Southport on Friday.

“He has a couple of surgeries next week. One on Tuesday and a major operation on his Right ankle on Friday, so pray that all goes well.”

A funeral service will be held for Nicholas’ mother Vanessa, 36, on Monday at St John the Beloved Church in Mount Druitt.

The New South Wales family were visiting the Gold Coast on holiday when the fatal crash occurred. 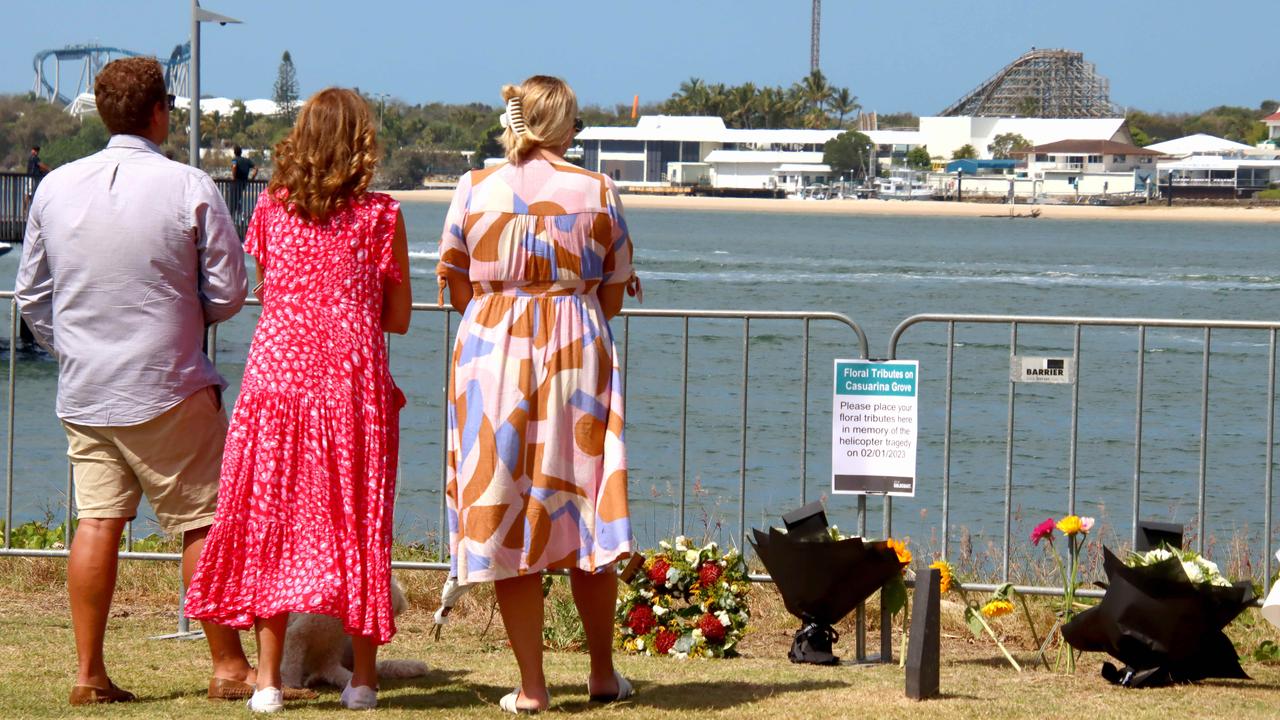 Southport Broadwater parklands is the location for those wishing to leave flowers for those killed in the Sea World helicopter crash.

Helicopter pilot Ash Jenkinson, 40, was farewelled at a memorial service in Southport on Friday.

And a vigil held in memory of the crash victims was held at Broadwater Parklands on Sunday, metres from where the four victims lost their lives.

Among others injured in the crash were Melbourne mother Winnie de Silva and her nine year old son Leon, who, like Nicholas, remain in hospital.