Nearly 290,000 households will be eligible for an upgraded bin service under a $6.2m push from the NSW government.

An additional 14 councils will receive funding to kick off a kerbside food organics and garden organics (FOGO) waste collection service.

Marked by a green lid, this means household food and garden waste will be recycled into compost, instead of creating emissions while decomposing in landfill.

Unlike your average compost bin, all foods can be placed into the green-top bins, including meat and bones. 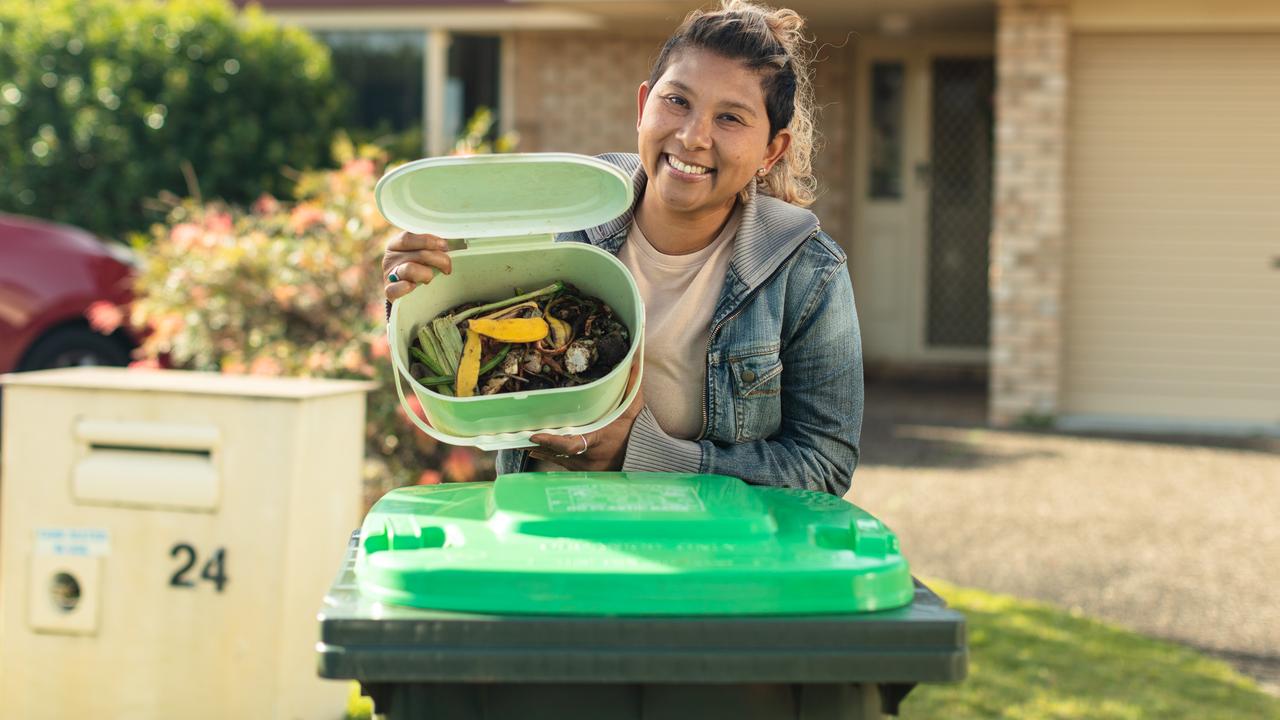 An extra 14 councils will have access to FOGO services. Picture: Supplied/ Minister for Environment and Heritage.

With food waste accounting for more than a third of landfill, Minister for Environment and Heritage James Griffin said it was a “simple and effective action” people could take to become more sustainable.

“It’s a new service that will let households put food waste into green lid bins with their garden waste, where it will be composted and given a new life,” he said.

For most councils in NSW, food waste can only be placed into the red-lid bins which are directed to landfill. In Sydney’s eastern council of Randwick, the introduction of FOGO collection in March 2021 saw landfill waste reduce by 28 per cent in just four months. 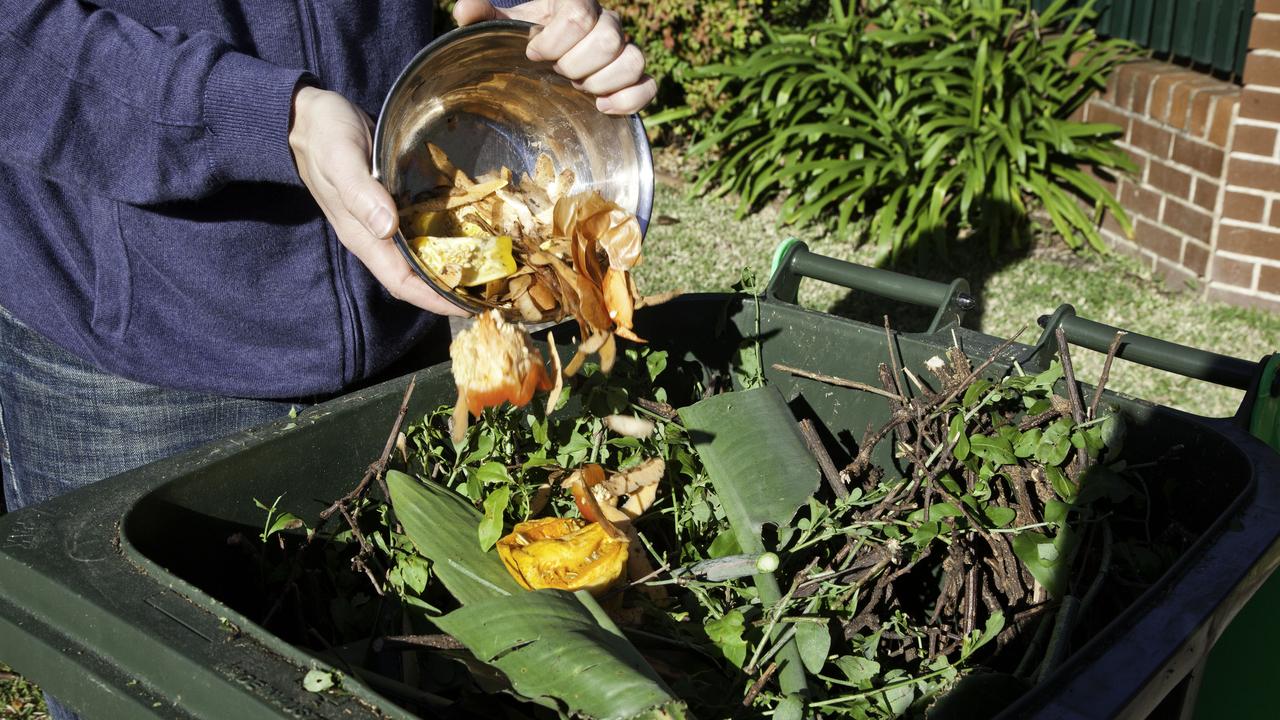 Households will be able to place food waste and garden scraps into the green bins. Picture: Supplied/ Minister for Environment and Heritage.

The environmental benefits have continued to compound.

“The introduction of FOGO services in Randwick has had exceptional results, preventing more than 26,000 tonnes of food and garden waste from going to landfill in the first 18 months, which is the equivalent of taking at least 9000 cars off the road,” said Mr Griffin.

In councils like the Inner West, where some households have four bins (a red landfill bin, a yellow recycling bin, a green garden waste bin and a purple food waste bin) the purple bin will be removed, with the green bin transitioning into a FOGO bin. 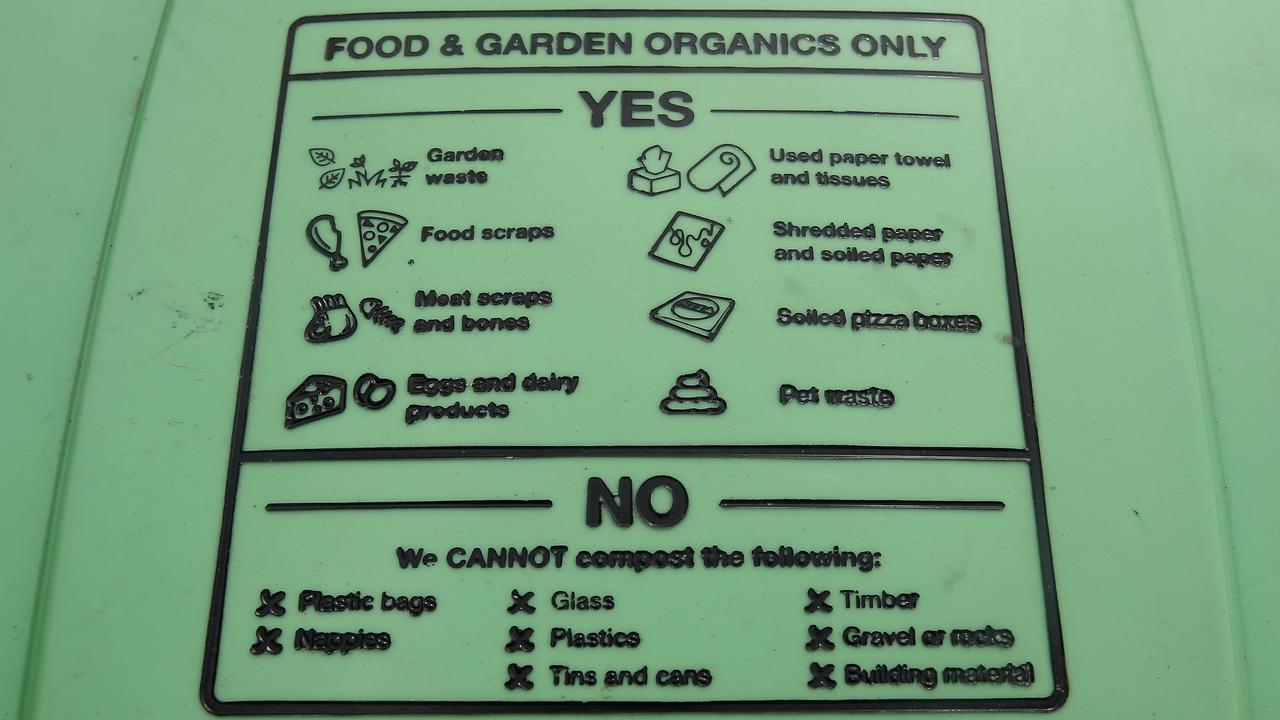 The diagram seen on the lid of FOGO bins in Randwick Council. Picture: John Appleyard

In order to help with the FOGO roll out, nine councils and the Riverina and Murray Joint Organisation have been given a total of $6.2 million. Different councils were awarded different amounts based on the number of households, and the service change needed, which included steps like buying new bins, education campaigns and trials.

As a result, the amount of funding ranged widely between councils.

For example, Muswellbrook Shire Council in the Upper Hunter received $62,060 to connect their 6206 households with FOGO collection, while Cumberland City Council, where 74,361 households are slated to access the service, were given $1,834,740.