A 20-year-old Swedish student is still missing after he plunged 7m from a cliff face, hit his head and was washed out to sea.

Noa Sage was exploring rocks at Bluefish Point on Sydney’s North Head with friends when the incident happened about 5.30pm on Wednesday.

Police say they received reports a man had fallen from the jagged rocks and suffered head injuries, before a large swell pulled him into the water. 7News reports the man was climbing a “makeshift” rope before he lost his footing. The search for Noa Sage will recommence for the third day. Picture: 9News.

A joint search between police, NSW Surf Life Saving and NSW Ambulance helicopters commenced on Wednesday but was called off at 8pm due to poor weather conditions and fading light.

Police recommenced their search on Thursday morning, and will continue looking for Mr Sage on Friday.

Northern Beaches Police Commander Pat Sharkey said Mr Sage’s parents have been contacted by the Swedish consulate and Australia police, and will be travelling to Sydney “in the near future”.

“He was climbing on a rock face,” he said.

“We are led to believe it’s an unofficial trail that they were climbing on and he has fallen by some form of misadventure and then been washed into the ocean.” 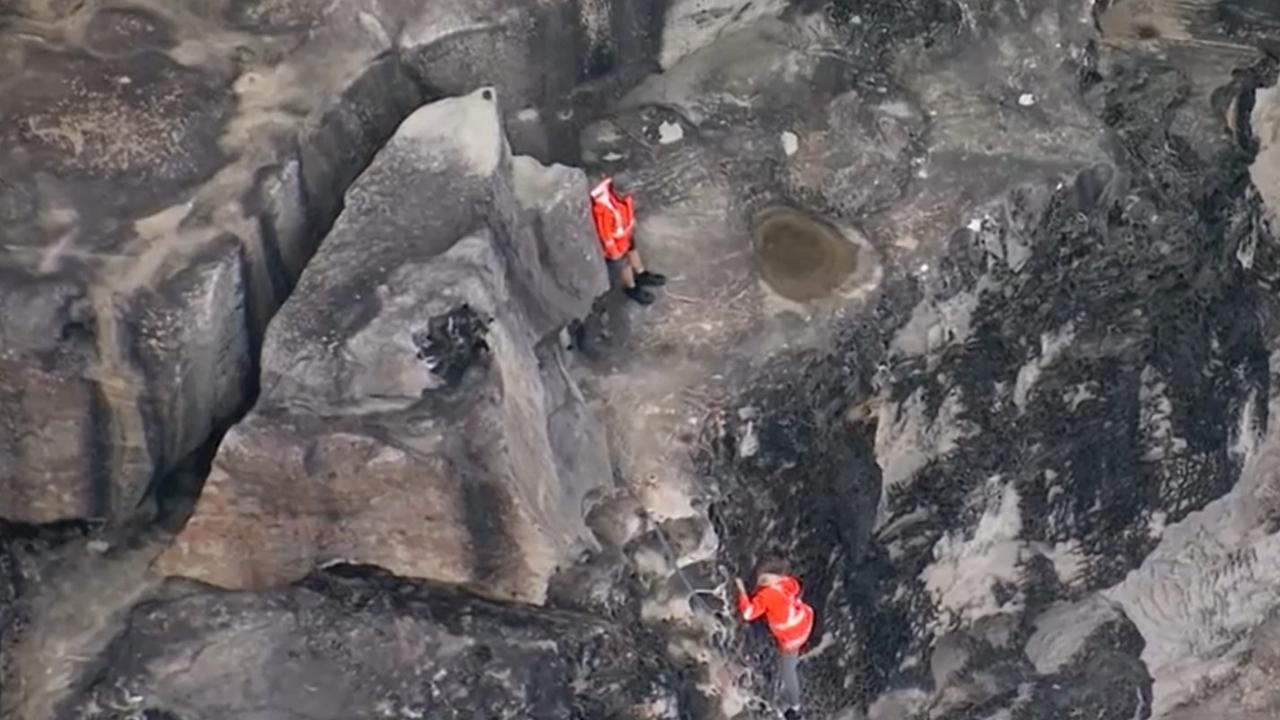 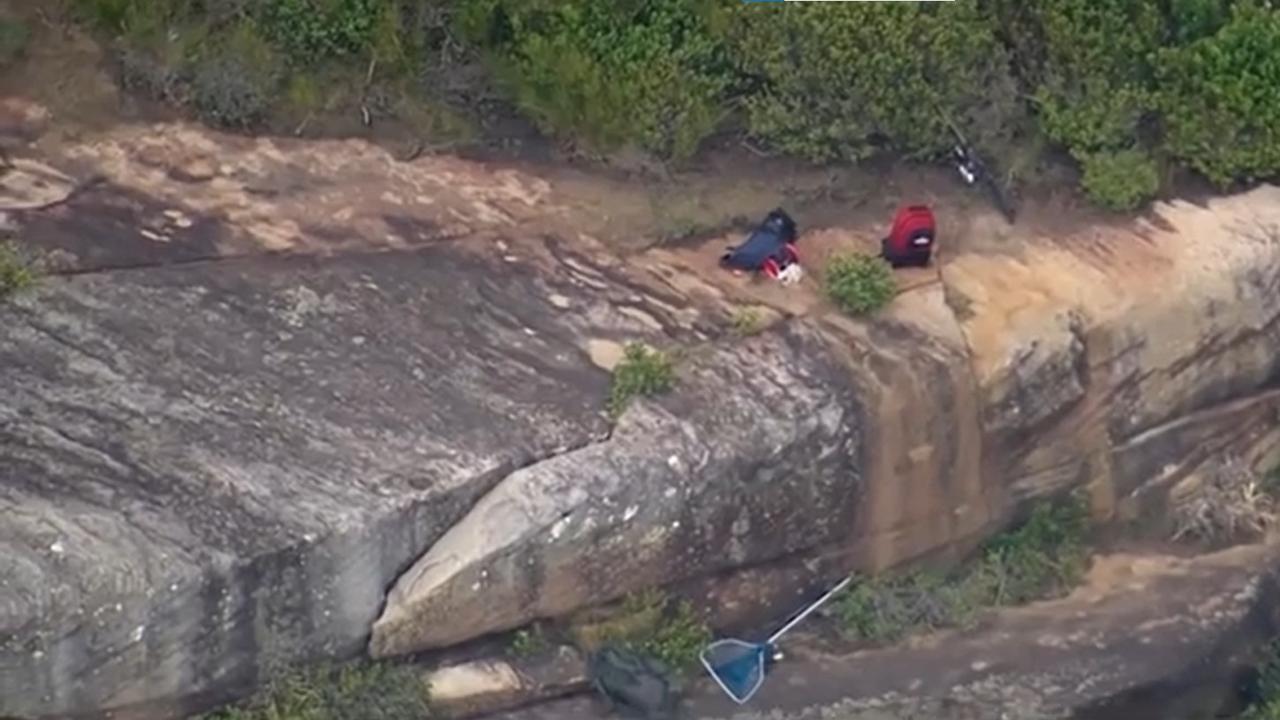 The man has not been seen since Wednesday evening. Picture: 7 News

Located roughly 18km from Sydney’s CBD, Blue Fish Point is a popular landmark among rock fishers and hikers. While there are signs that advise people against climbing the rock face, it can be accessible by ropes and chains.

Officially, the NSW National Parks and Wildlife Service have closed the area since October 17, 2020, citing fire damage and geological instability.