A 16-year-old South Australian girl will now face murder charges after the man she allegedly stabbed on Monday died in hospital.

Emergency services were called to a home on Petherton Rd in Andrews Farm just after 2.50am on Boxing Day to reports of a domestic assault.

A 55-year-old man was then transported to the Royal Adelaide Hospital with stab wounds.

The 16-year-old was arrested at the scene, with footage from 7 News capturing the moment of her arrest.

She is seen handcuffed and in a Jim Beam tank top being escorted from the scene by police officers. 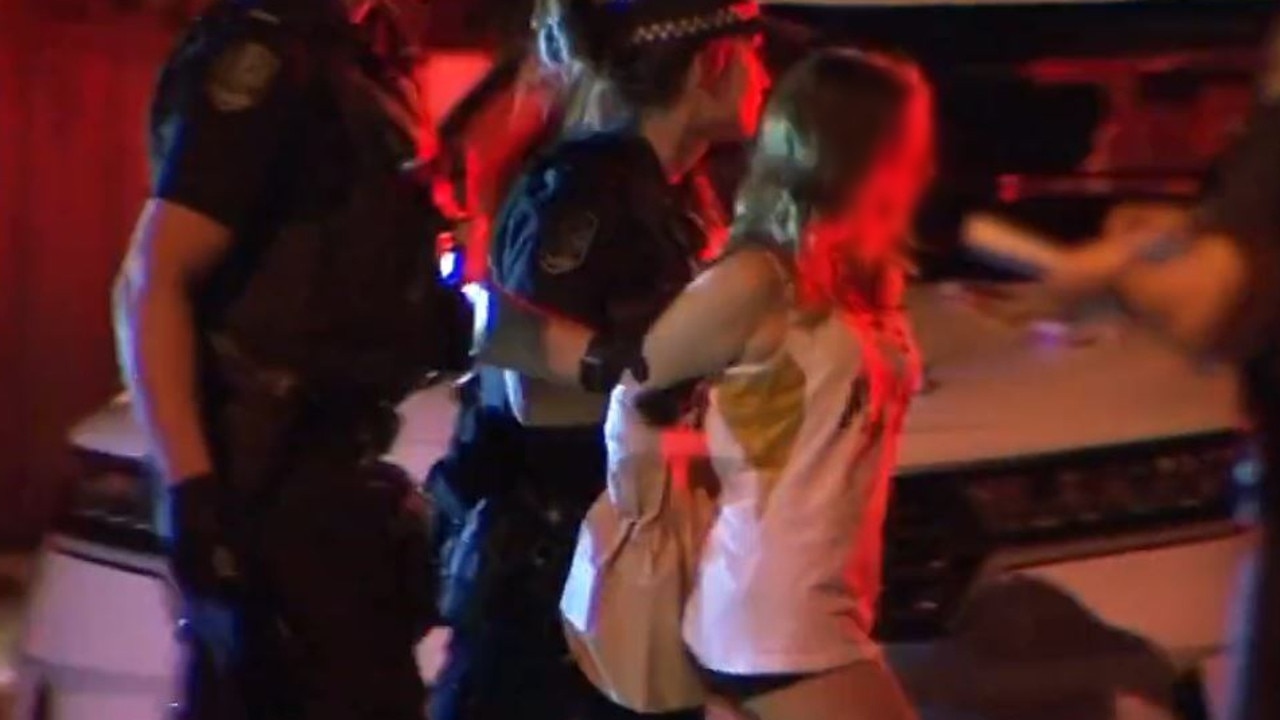 The girl will now face murder charges after the alleged victim died in hospital. Picture: 7NEWS

She was later charged with attempted murder.

However, the man died in hospital from his injuries on Tuesday, prompting an upgrade to the girls charge.

She was refused bail to appear in Adelaide Youth Court on Wednesday, where she will face the murder charge.

Police have reassured the public the incident was not random, and both parties are known to each other.