The RBA is pushing for more frequent inflation data after being laughed at by fellow central bankers at an economic conference in Zurich.

The Reserve Bank is pushing for more frequent inflation data from the Australian Bureau of Statistics, with quarterly updates currently restricting the RBA’s ability to tackle surging cost-of-living pressures.

World bankers this month laughed at Governor Phillip Lowe during a financial forum in Switzerland when the RBA chief lamented the fact his team doesn‘t receive monthly statistics like central banks in Europe and the US.

The RBA is pushing the ABS for more frequent data amid an environment of significant inflationary pressure.

Quarterly data currently restricts the RBA’s ability to apply monetary policy because it is not up-to-date with the latest figures during monthly meetings.

The issue of delayed consumer price index (CPI) data has been exacerbated by difficult economic conditions in 2022, with costs for goods and services like fuel and lettuce skyrocketing.

Inflation rose a further 2.1 per cent in the March quarter, making for a 5.1 per cent hike over the 12 months prior.

The RBA’s inflation target is 2 per cent to 3 per cent.

Speaking at a world economic panel discussion in Zurich on Friday, Mr Lowe – much to the amusement of his central banker counterparts – conceded delayed inflation data was holding back the RBA’s ability to make monetary decisions.

“The other thing that’s different – and this is a bad difference – is our CPI is only available quarterly,” he lamented.

Mr Lowe revealed the RBA was working with the ABS to develop a more efficient system.

“We’ve been working with the Bureau of Statistics to try and get a monthly CPI and maybe later this year they will have an experimental series, but we only have one reading on inflation every three months,” he said.

When contacted by NCA NewsWire, the ABS said producing monthly figures had been too costly.

But a new data-source system has recently reduced costs, leading to hopes a more frequent CPI indication could be developed by the end of the year.

“The ABS recognises there is increasing interest in understanding cost-of-living pressures and the implications for monetary and fiscal policy,” a spokesperson said.

“Until recently, the costs to produce a monthly CPI have been prohibitive. The use of new data sources to produce the CPI have reduced data collection costs, enabling the possibility of producing a more frequent measure of inflation.

“The use of scanner data and web-scraping (automated) data collection techniques provides high frequency data at a lower cost.”

The statistics bureau said work on providing monthly data was progressing well, although it would likely include only a partial measurement of the costs of goods and services rather than the wider basket calculated in the quarterly CPI.

“Work is progressing well to develop a partial monthly CPI indicator and the ABS is planning to publish the work and methodology in an information paper in August 2022,” a spokesperson said.

“The monthly CPI indicator being explored by the ABS can be considered a partial measure of the quarterly CPI, as not everything included in the CPI basket will be measured on a monthly basis.” 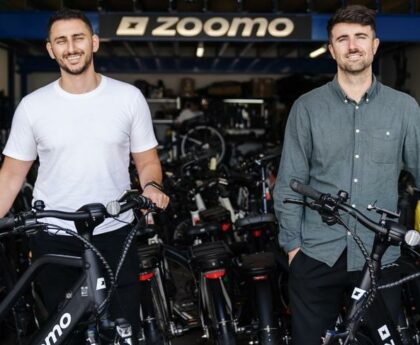